Home Agency News ‘Pak effort for Taliban return via power-sharing can be undermined by quick... 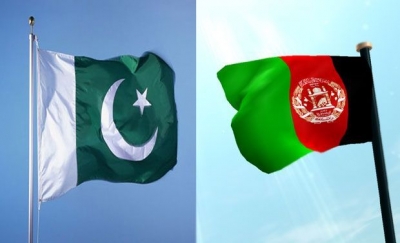 Islamabad: The quick withdrawal of foreign troops from Afghanistan and increasing terror attacks and claiming of various areas by the Taliban would undermine Islamabad’s efforts to facilitate Taliban’s return to Kabul through power-sharing arrangements, says a report compiled by the International Crisis Group.

The report titled “Pakistan: Shoring Up Afghanistan’s Peace Process”, compiled by the Washington/Brusselsbased think tank, warns that the quick withdrawal of foreign troops would have a direct impact on Pakistan-US and Pakistan-Kabul ties.

“Should the Afghan peace process continue to sputter or altogether fail, Islamabad’s relations with Kabul and Washington would sour,” it warns.

“Further instability or Taliban gains in Afghanistan could embolden Pakistani militants aligned with their Afghan counterparts, deepening insecurity in Pakistan,” the report added.

It is pertinent to mention that the US had expected Pakistan to persuade the Taliban to announce a ceasefire and show some flexibility on their reinstating their version of Islamic governance.

The report further warns that Islamabad’s failure in persuading the Taliban to opt for a peacefully-negotiated political settlement, would strain its ties with Washington and the Kabul administration.

“Pakistan should double its efforts to convince the Taliban to scale back both their attacks and their aspirations to reinstate their version of Islamic governance,” read the report.

The report raises serious concerns over the probable worsening situation in Afghanistan after the foreign troops’ withdrawal, and that it could only reassure and bolster factions of the Pakistani Taliban and could also trigger massive influx of Afghan refugees.

It claims that Pakistan has facilitated and played an important role in the Afghan peace process, because it wants to ensure existence of a power-sharing arrangement with the Taliban in Afghanistan.

However, the Biden administration’s announcement to withdraw all US troops by September 11 has put difficult timelines and deadlines for the peace process to materialise and tackle a probable intensified conflict.

Pakistan’s position remains pivotal to the Afghan peace process. Even though its ties with the Taliban are not as strong as they used to be, but since the Taliban shura still operates out of Pakistani havens, Islamabad could still use its efforts and pressure to persuade the Taliban to break the deadlock in the peace talks and reduce violence in Afghanistan.