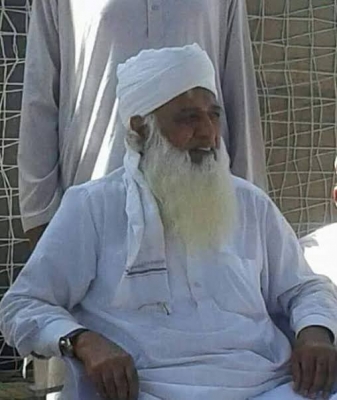 Pak refuses to hand over ex-ISI chief to Bosnia tribunal

New Delhi:  Pakistan has refused to hand over one of its retired army generals to the International Tribunal of the Hague on medical grounds.

The Express Tribune, Pakistan, reported that the tribunal had demanded the custody of a former chief of the Inter-Services Intelligence (ISI), Javed Nasir, a retired lieutenant general, for his alleged support to Bosnian Muslim fighters against the Serbian army in the 1990s despite an embargo by the United Nations.

Islamabad had informed the court that the former general had “lost his memory” following a recent road accident, and was therefore, unable to face any investigation into the matter.

The summons came when Serbian army officials were put on trial by the Hague Tribunal for war crimes and crimes against humanity in Bosnia, during which it was revealed that Nasir was actively involved in the war and had supported and provided arms to the Bosnian resistance.

The case was built on a “confessional statement” that Nasir made in a petition filed by his legal counsel against an English daily after the newspaper published a report of his alleged involvement in embezzlement.

The report said the former general in a petition filed in an anti-terrorism court in Lahore on October 23, 2002 had disclosed that “despite the UN ban on supply of arms to the besieged Bosnians, he successfully airlifted sophisticated anti-tank guided missiles which turned the tide in favour of Bosnian Muslims and forced the Serbs to lift the siege, much to the annoyance of the US government.”

Having failed to buy him off, he said, the US government started a propaganda campaign against him and demanded his removal as ISI chief – warning that, otherwise, “Pakistan would be declared a terrorist state”.

The report said he further stated that over 300 articles were circulated on the internet by the western media which contained references dubbing Nasir the “only radical Islamist head of the ISI who was an active member of Tableeghi Jamaat”.

In April 1993, the US finally warned Pakistan in writing to remove the complainant from the post of ISI chief – following which Nasir was prematurely retired from service by the caretaker government of Mir Balkh Sher Mazari on May 13, 1993, he stated.

The demand for Nasir’s custody came when the International Criminal Tribunal put on trial the former chief of the Yugoslavia army Gen Momcilo Perisic and his deputy Gen Ratko Mladic for war crimes and crimes against humanity during the war in Bosnia and Croatia in the 1990s.