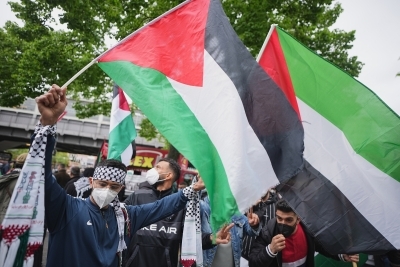 Ramallah: Palestine has urged the European countries to tie their relations with Israel to its adherence to international law, UN resolutions, and human rights principles.

“The international community is required to hold Israel directly responsible for the escalation in the West Bank against the Palestinians, and to put real pressure on it to stop it immediately,” the Palestinian Foreign Ministry said in a statement.

“Israel insists on escalating the situation, and we seriously view the dangers of this escalation that serves its interests,” the statement was quoted by Xinhua news agency as saying.

The call came ahead of the 12th meeting of the EU-Israel Association Council, which will be held in Brussels. The meeting will cover topics such as trade, energy, climate change, culture, science, and technology.

The meeting takes place amid ongoing tensions between the Israeli army and Palestinians in the West Bank.