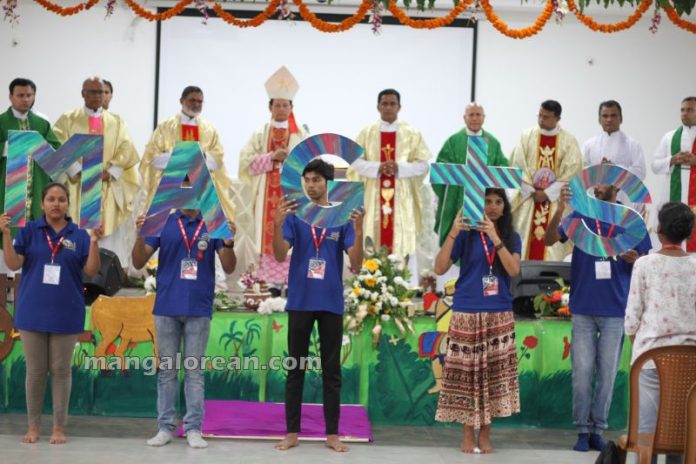 A sea of red swept across North Karnataka as MAG+S was inaugurated in Loyola college Manvi on the 4th of October, by His eminence Bishop. Henry D’Souza. (Bishop of Bellary) 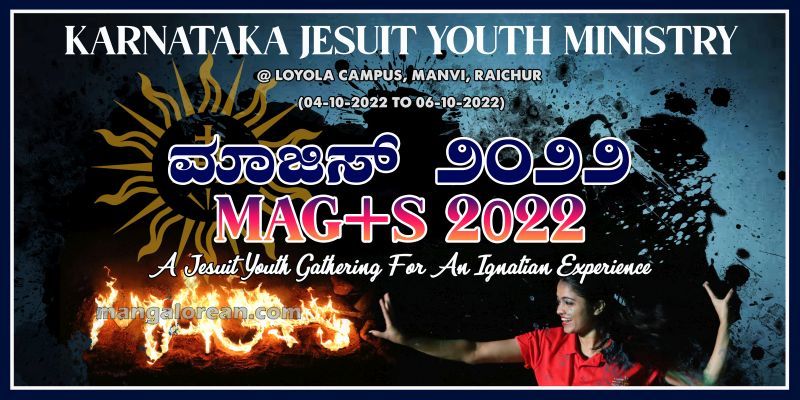 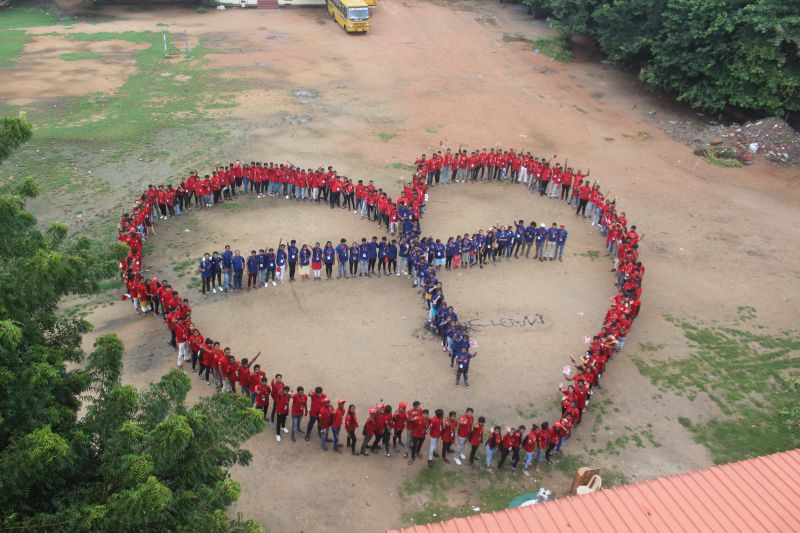 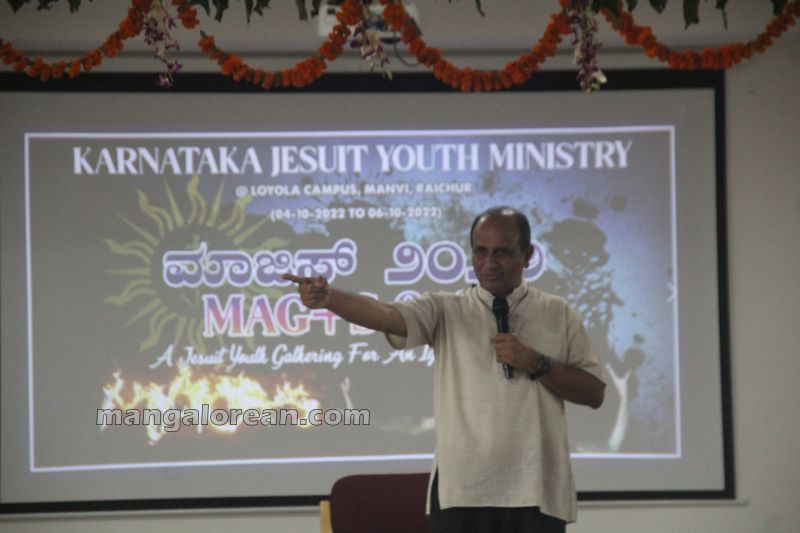 The gathering of Ignatian youth drew nearly 300 pilgrims from all over the state, primarily focusing on participants from the Pre-university colleges. Each group was animated and accompanied by a Jesuit scholastic and that would perhaps stand out as a unique feature of this MAG+S – not only did the scholastics in different stages of formation come together and execute the different plans and programs but more importantly the entire Jesuit community at Hombelaku, Manvi was there to interact with the youngsters and make Mag+s a huge success. The five pillars of Mag+s were creatively brought out with morning meditations and Mag+s circles conducted by the scholastics, a detailed history and immersion into the Pannur-Manvi mission led by Fr Leo Pereira SJ the superior. A creative nature mass celebrated by Fr. Melwin D’Cunha SJ, and the graceful laying of hands upon the pilgrims animated by the fathers from the community along with Fr. Maxim Rasquinha SJ. For the Ignatian immersion proper, Fr. Don Prem Lobo SJ had grouped the activities into different themes and while some went for ecological exposure, others interacted with the labourers in the cotton fields, women from self-help groups etc. Another highlight of the immersion was a cleanliness drive done at the Loyola college bus stop, where pilgrims gave a facelift to the public spot in 3 hours. The social message painted at the bus stop read (trans: it takes many hands to build but just one to destroy). Fr Maxim Dias SJ and Sch Reuell SJ (DAR) accompanied the pilgrims to see everything new in Christ in and through the five pillars of Mag+s and in all the activities. The key highlights such as outreach where youth experienced the hard life of the poor, Mag+s Circle where a deep spiritual conversation happened, Eucharist and examination of the consciousness. 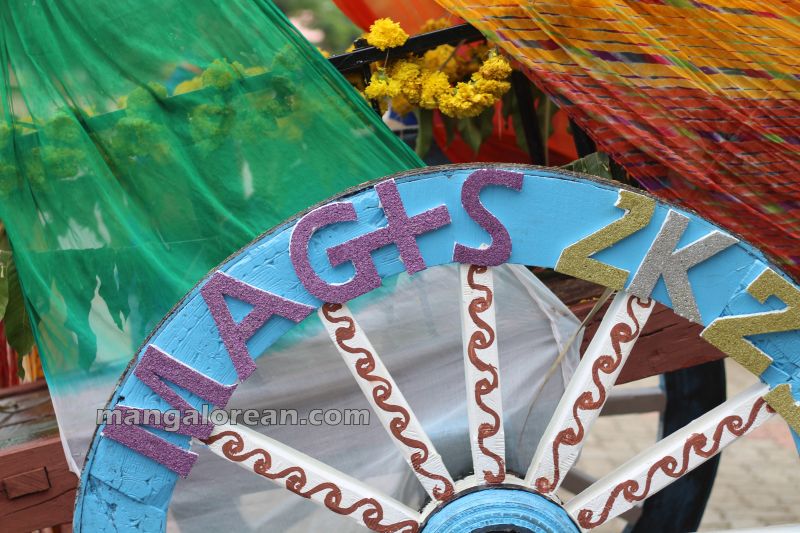 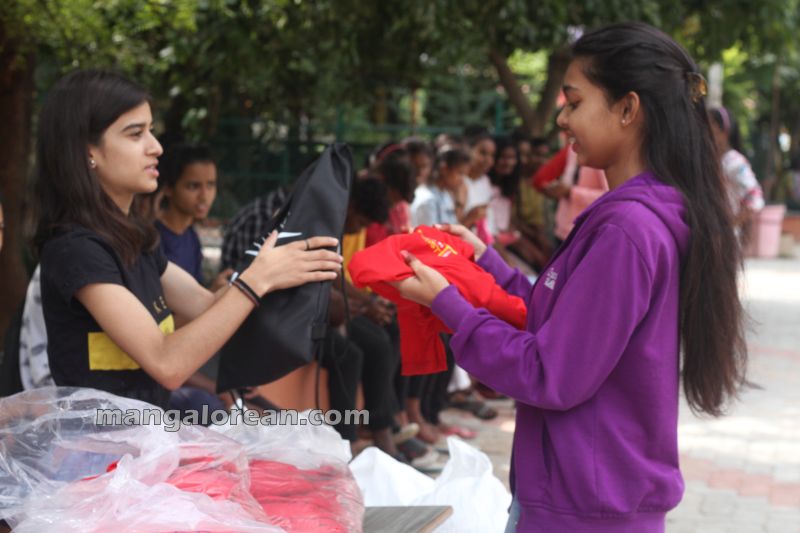 By the 6th afternoon, we were already waving our goodbyes, When Fr. Dionysius Vaz SJ the Provincial stepped on to address the congregation, they were rapt in attention.

Before leading us into the concluding liturgy he urged the pilgrims to pursue 4 life values: 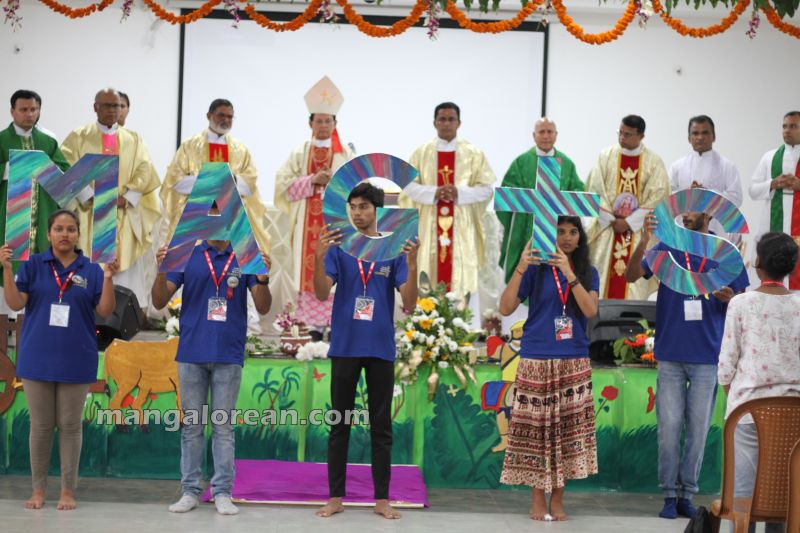 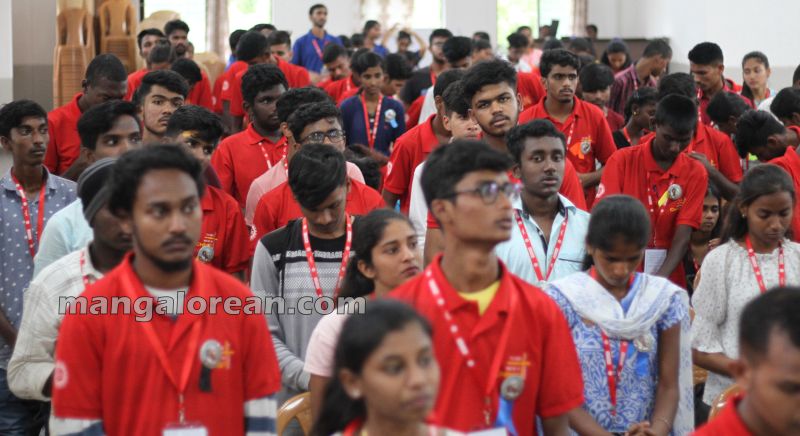 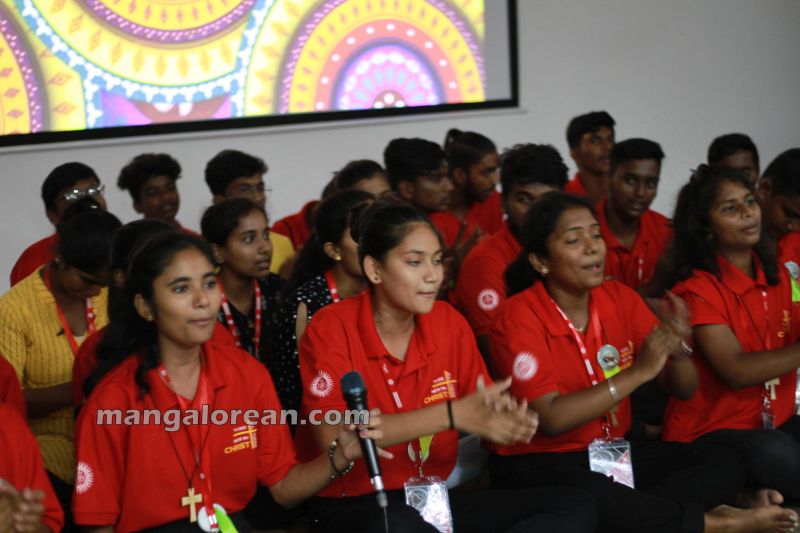 Combined with Ms Perina, District manager of the minority section in Koppal and Mr Prakash Babu, a Hindu convert who gave their testimony about how God had held them and continues to lead them by the hand despite the storms in life. The gathering had a lot to reflect upon, and for a few days there was no dearth of inspiration, echoing the words of Ignatius “if he/she can – why can’t I”. Thanks to Fr Joyson Vas SJ, the North Karnataka youth Coordinator for wonderfully planning and making this Ignatian experience possible for the poorest of the poor of North Karnataka. 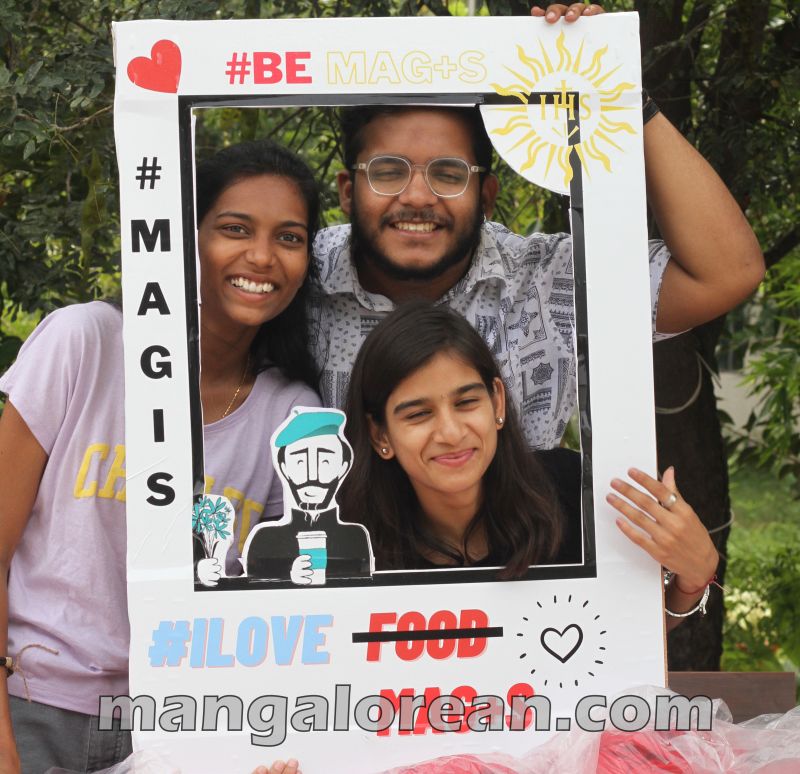 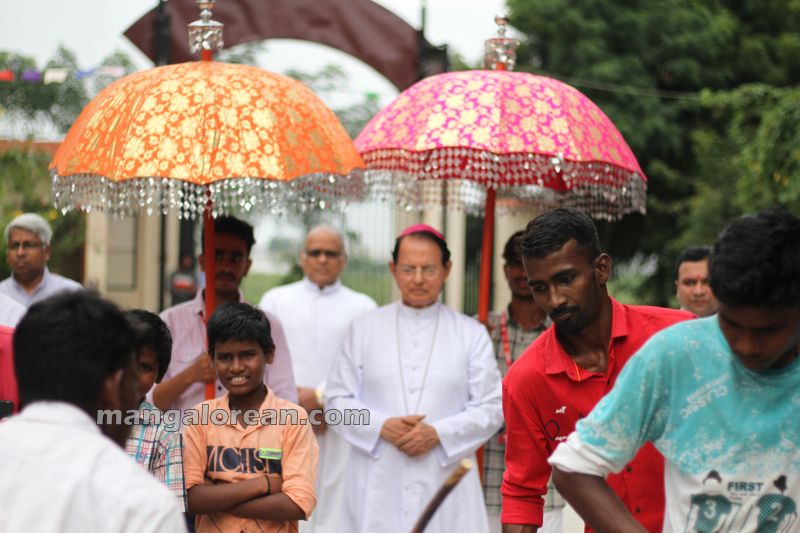 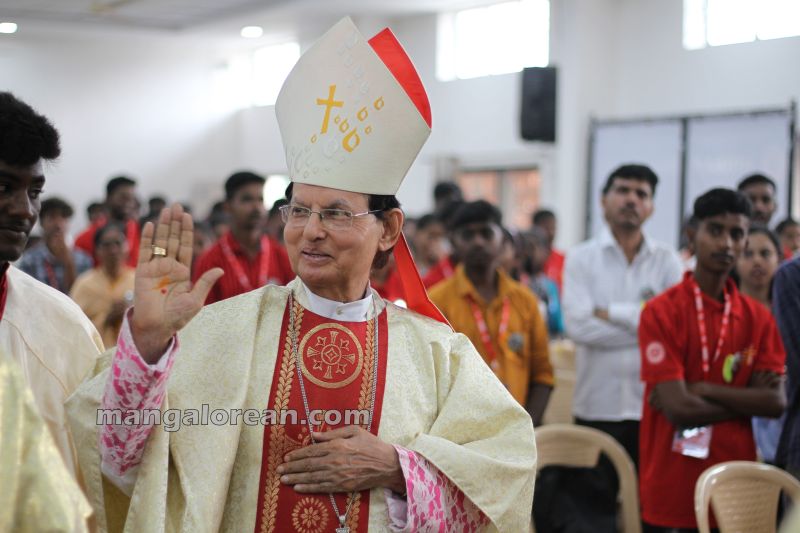 MAG+S in North Karnataka was a rich experience and had it not been for the young inexperienced people who rose to the occasion many would not have been able to see all things new in Christ.