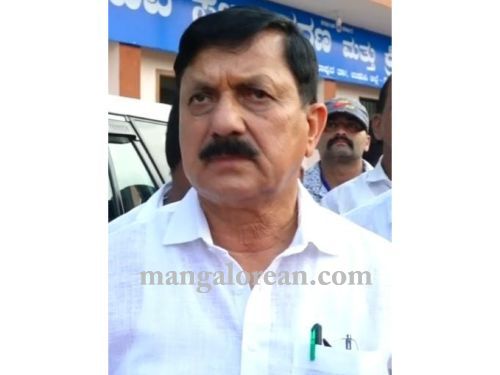 “The Central Bureau of Investigation (CBI) has filed a B-report in the Paresh Mesta case. However, Mesta’s father has asked for a reinvestigation of the case. The government is reviewing to take a call on reinvestigation,” minister Jnanendra stated.

He further stated that it is a necessity that the suspicious death of Paresh Mesta has to be reviewed and the exact cause ascertained. Mesta’s father and locals claim it to be a case of murder, he added.

According to the charge sheet, the Hindu youth died after slipping into the lake, while wandering when communal clashes were underway in Honnavara town of the Uttara Kannada district of Karnataka in 2017.

It mentions that Mesta had attended then CM Siddaramaiah’s programme in Kumta city after travelling about 25 kilometres with friends.

The issue was projected as the major issue during the 2018 Assembly elections, to the local Honnavar Court in this regard. The charge sheet mentions that Paresh Mesta had attended then CM Siddaramaiah’s programme in Kumta city after travelling about 25 kilometres with friends.

Paresh Mesta, who went missing on December 6, 2017, during the communal clashes in Honnavar town, was found dead near Shettikere Lake after two days.

Ruling BJP and Hindu activists alleged that Paresh was killed in the mob violence and killers dumped the body later.

Hindu activists demanding the arrest of the killers of Paresh had torched the vehicle of the IGP. The police were pelted with stones. Many policemen were injured. BJP had made it a major issue in the elections.

Union Home Minister Amit Shah, and many political leaders visited Paresh’s house. Then Siddaramaiah government handed over the case to the CBI.

The report by CBI is analysed to be a setback for the ruling BJP, which termed Paresh Mesta’s death “accidental” and filed a closure report. The CBI has filed the closure report after investigating the case for five years. It will pronounce the verdict on November 16.

The incident had taken place during the tenure of the Congress government headed by Opposition leader Siddaramaiah. “CBI has in its report, stated that Paresh Mesta’s death was accidental and was not due to murder. This report is a slap on the face of the Karnataka BJP.

“If BJP has left with any shame left, it should apologise for its slanderous campaign,” Siddaramaiah had stated.

The ruling BJP in Karnataka which had suffered a setback after the CBI filed a closure report in Mesta’s death case, has decided to back his family.