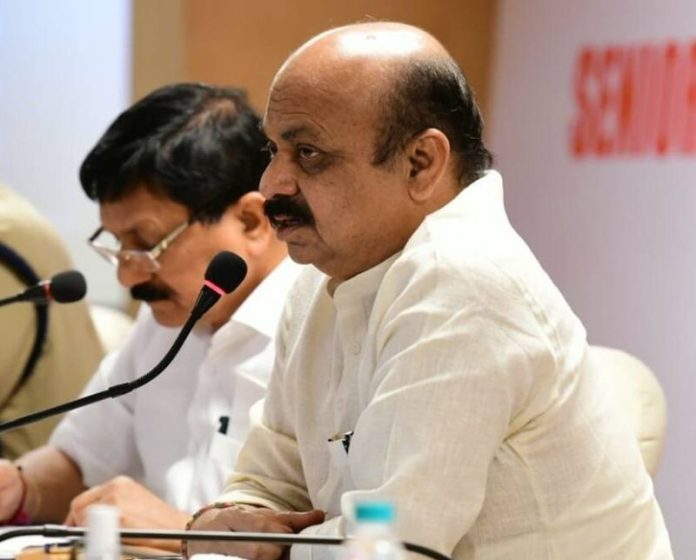 Bengaluru: Welcoming the ban on the Popular Front of India (PFI) and its affiliates, Karnataka Chief Minister Basavaraj Bommai on Wednesday said that the organisation worked as the “remote control” of terrorist organisations.

“All of us, including the opposition parties, had demanded a ban on the PFI. Many people had asked when the ban would be imposed. Our government has answered the question,” he said.

Trained by terrorist organisations, the PFI members were all set to carry out dastardly acts. PFI was involved in anti-national activities,” Chief Minister Bommai stated.

He reiterated that PFI has been a remote control of many terrorist organisations.

Minister for Co-Operation S.T. Somashekar stated that the union government has done a commendable job by banning the PFI. “Our thinking was also along the same lines. We were thinking of imposing a ban on PFI in the state,” he maintained.

“We had specific inputs that PFI workers were planning to target Dussehra festivities in Mysuru,” said Minister Somashekar.

Welcoming the move, state BJP in-charge Arun Singh said that during the tenure of Siddaramaiah as the chief minister, several Hindu activists were killed in Karnataka. The action has been initiated to prevent such incidents in future, he explained.

The decision has prevented the disaster which was going to happen in the coming days. However, society needs to be careful regarding such organisations which spew venom, he said.

No political party should indulge in appeasement politics at this stage and gain political mileage. The public should come forward to inform police if PFI elements start working tacitly, he said.