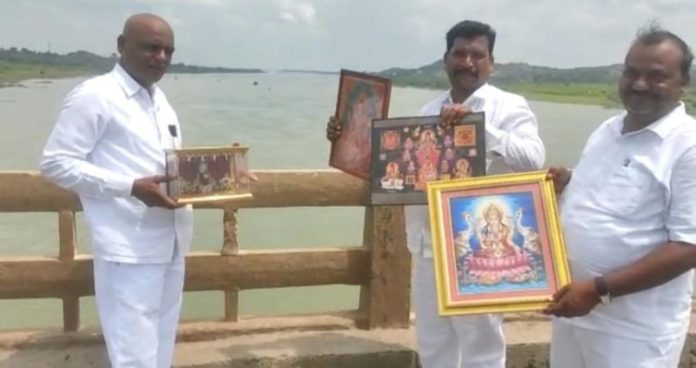 Yadgir: An incident of pictures of Hindu Gods being thrown into the river ahead of the Buddha Dharma Deeksha in Karnataka’s Yadgir district was reported on Tuesday stirring a controversy. 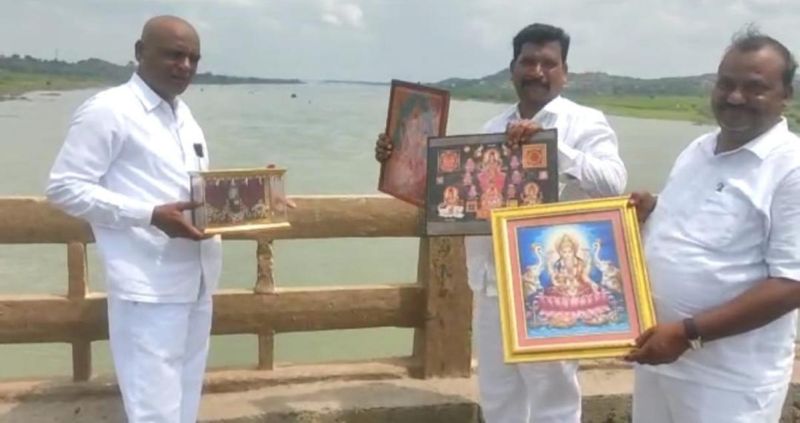 The Buddha Dharma Deeksha (conversion to the Buddhist religion) will be organised in Hunasagi near Surapura town in the Yadgir district on October 14. The day also marks the “Dhammachakra Pravartan Dina, on which Dr B.R. Ambedkar, the architect of the Indian constitution, renounced Hinduism and accepted Buddhism.

The organizers have also invited Rama Taayi Ambedkar, the granddaughter of Ambedkar to the event. The programme is being organised by the Golden Cave Buddha Vihara Trust and Dalit organisations.

A group of people led by the Golden Cave Buddha Vihara Trust President Venkatesh Hosamani and his aides threw the pictures into the river on Monday. The images were kept and worshipped at his house. They had also taken a video of the act, which went viral on social media triggering controversy.

Nagaraja Kalladevarahalli, one among the group who threw away the pictures, said that Venkatesh was asked to remove the pictures since he was the president of Golden Cave Buddha Vihara Trust. Following this, Venkatesh decided to do away with pictures of Lakshmi, Venkateshwara, Saraswati and other Hindu Gods.

Venkatesh is converting to Buddhism on October 14 along with many others. “That is why we are trying to forget the Hindu religion and embrace Buddhism,” he maintained.

The Hindu activists have slammed the act of throwing of gods of the Hindu religion into the river. The police are yet to react to the incident.