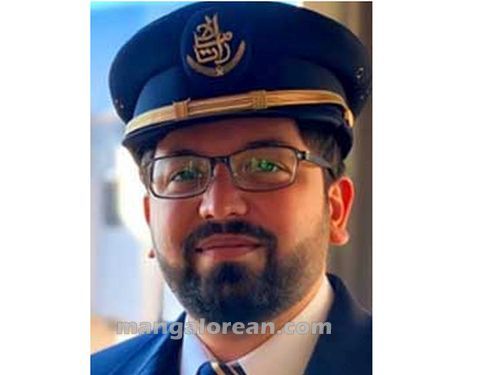 Mangaluru: It is now known that one of the pilots who landed the World’s Largest Passenger Aircraft was from Udupi, and had done his High School at St Aloysius High School, Mangaluru. In a historic moment for the city, just recently Bengaluru witnessed the arrival of Emirates Airbus A380 at Kempegowda International Airport. It marked the first commercial flight of the world’s largest passenger aircraft, the double-deck wide-body flight to the south Indian city. The aircraft was flown by Captain Nikhil Thiagarajan and Sandeep Prabhu.

The aircraft had departed from Dubai and landed in Bengaluru, seven minutes ahead of schedule. The superjumbo was earlier scheduled to arrive on October 30, but the date was moved ahead by over two weeks. The maiden flight carried 224 passengers. The Emirates launched its first A380 service in India on the Dubai-Mumbai route in 2014 and Bengaluru has become the second city in the country to be served by the iconic aircraft. Meanwhile, Pilot Sandeep Prabhu after landing the world’s largest aircraft ‘ Emirates’ for the First time greeted the passengers in the Kannada language. Earlier, he had successfully flown the same flight and had landed in Mumbai. For pilot Sandeep Prabhu who currently lives in Dubai, Bengaluru will become his second home. 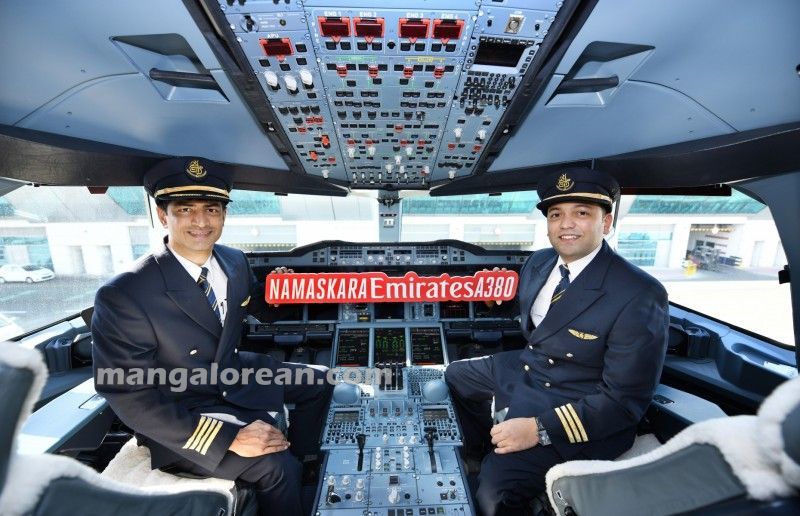 Sandeep Prabhu hailing from Alevoor, Udupi is the son of Shivaraya Prabhu and Ms Aarti Prabhu. After completing high school (till 7th grade) at St Aloysius High School, Mangaluru, he then pursued his higher studies in schools and colleges in Mysuru and Bengaluru. He was trained as a pilot in the Philippines and New Delhi. Then he completed an advanced course in France and joined the Dubai Emirates.
. 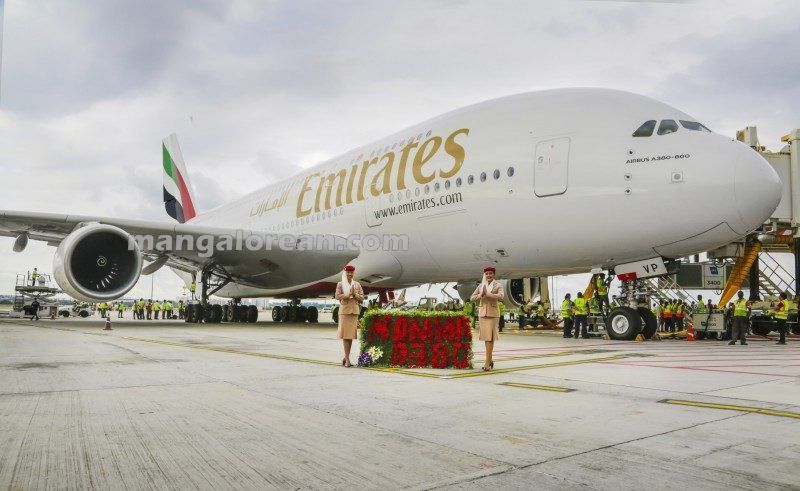 Sandeep’s father told the media that his son was very happy to share the fact that he chose to use Kannada to greet the passengers. He also shared the special moment when the passengers gave a standing ovation after being greeted in Kannada. Satyendra Prabhu, elder brother of Sandeep, speaking to the media said: “My brother announced the ‘welcome’ speech in Kannada. He reached out to our parents – Arathi Prabhu and Shivaraya Prabhu – to script the announcement in Kannada and welcome the passengers on board authentically and professionally… He immediately called me after landing and expressed how he enjoyed every bit of the trip.”

Sandeep has been a pilot for around 15 years now. The second terminal of the Bengaluru airport has been dedicated to the world which will see flights operating to 30 countries. Starting 30 October 2022, Emirates will fly Airbus A380 flights daily between Bengaluru and Dubai.