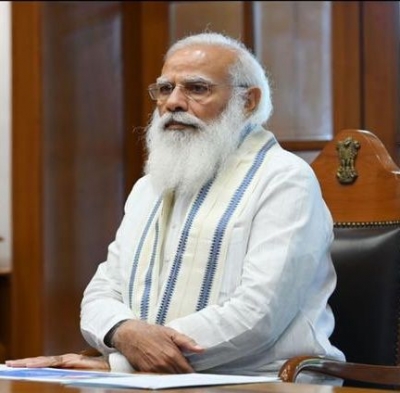 New Delhi:  Prime Minister Narendra Modi on Tuesday chaired of a meeting of the council of ministers to discuss various issues. It is learnt that in the meeting, a couple of ministers made presentations about the functioning of their respective departments.

Sources said that at the first physical meeting of the council of ministers after the outbreak of the Covid-19 pandemic, various issues were discussed. “The meeting lasted for over four hours,” sources said.

The meeting was held at the auditorium of the Rashtrapati Bhavan.

Union Health Minister Mansukh Mandaviya and Education Minister Dharmendra Pradhan made a detailed presentation about their work at the meeting.

It is further learnt that the meeting was more focussed on team efficiency and governance.

“At the meeting, the importance of team work for better efficiency was discussed and the ministers were suggested to hold ‘tiffin meetings’, in which each individuals (minister) will discussed several issues with their colleagues over lunch brought from home,” a source said.

This was the third meeting of the council of ministers of the after Cabinet reshuffle in the first week of July.