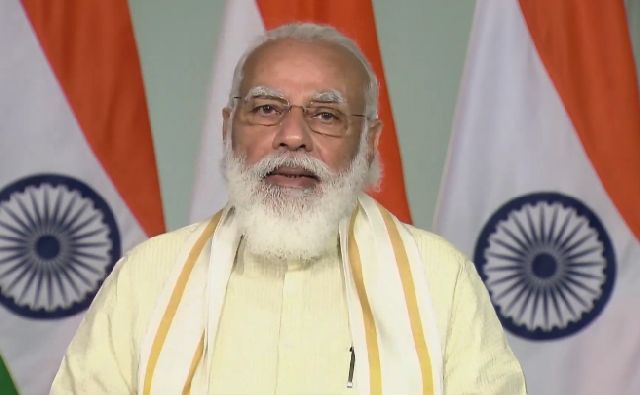 The National Atomic Timescale generates Indian Standard Time with an accuracy of 2.8 nanoseconds.

Expressing happiness over CSIR-NPL National Atomic Timescale which he dedicated to humanity, the Prime Minister said that India has become self-reliant in measuring the time within the range of a nano second.

“Achieving the accuracy level of 2.8 nano second is a huge capability in itself. Now Indian Standard Time is matching the International Standard Time with the accuracy range of less than 3 nano second. This will be a big help for an organisation like ISRO that is working with cutting-edge technology,” Modi said.

The Prime Minister also dwelled on the role of the timescale in strengthening India’s role in Industry 4.0.

“India is moving towards a leading position in the field of environment. Still, for technology and tools for measuring air quality and emission, India is dependent on others. This achievement will lead to self-reliance in the field and will lead to creation of more effective and cheaper tools for pollution control. This will also enhance India’s share in the global market for technologies related to air quality and emission technology.”

The Prime Minister also delivered the inaugural address at the National Metrology Conclave 2021, which was organised by Council of Scientific and Industrial Research-National Physical Laboratory (CSIR-NPL), New Delhi, on its 75th year of inception.

The theme of the conclave is ‘Metrology for the Inclusive Growth of the Nation’. Union Minister Harsh Vardhan and Principal Scientific Advisor K VijayRaghavan were present on the occasion.

Speaking on the occasion, the Prime Minister lauded Indian scientists for successfully developing two Indian Covid vaccines in this new year, saying “India’s Covid vaccination programme is the largest in the world and is about to be started”.

He lauded the scientific institutions in the country including CSIR for coming together to find solutions for every challenge faced by the country.

The Prime Minister urged CSIR to interact with students to raise awareness about the efforts of the institute and said this would motivate them to become scientists in future.

He urged the institute to come forward and play an important role in keeping with the new benchmarks to proceed towards forging a self-reliant India.

The Prime Minister remarked that as India’s timekeeper CSIR-NPL also has the responsibility to change the future of the country.

Noting that India was dependent on foreign standards for quality and measurement over the decades, Modi said now India’s pace, progress, rise, image, and strength will be decided by our own standards.

Modi said metrology is like a mirror showing us our standing in the world, the scope for improvement. He said the goal to achieve a self reliant India consists of quantity as well as quality and urged to win the hearts of every customer who purchases Indian products, instead of just filling the world with Indian products.

The Prime Minister also stressed to ensure that Made in India products not only meet global demand but also get global acceptance.

He said the Bhartiya Nirdeshak Dravya, dedicated to the nation on Monday, would help the industry to make quality products in sectors like heavy metals, pesticides, pharma and textiles by drafting a ‘Certified Reference Material System’.

The Prime Minister added now the industry is moving towards a consumer-oriented approach instead of a regulation-centric approach. He said with these new standards, there is a campaign to bring global identity to local products in districts across the country, which will be of particular benefit to our MSMEs sector.

He said with the new standards the quality of both export and import would be ensured. It will also provide quality goods to the general consumer of India and reduce the problems faced by the exporter.