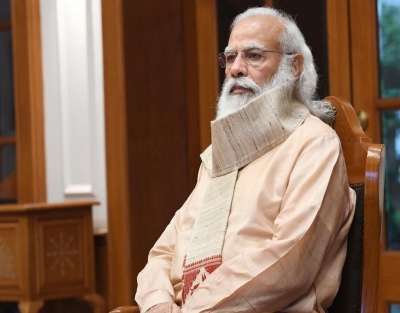 Gandhinagar: Prime Minister Narendra Modi is likely to visit his home state Gujarat on July 15 or July 16 to attend a host of functions, sources in the BJP said.

There are some new developmental projects and works which await inauguration, like Vadnagar-Mehsana broad gauge railway line, new attractions at the Gujarat Science City and the newly developed Railway station at Gandhinagar and adjoining hotel.

The prime minister is expected to come to Gujarat in the third week of July, most probably on July 15. Even Gujarat chief minister Vijay Rupani had hinted at a programme that the PM will be inaugurating these projects.

Rupani on his visit to the Gujarat Science City in Ahmedabad had said, “Prime Minister Narendra Modi will inaugurate India’s largest aquatic gallery at Science City in the near future.” The gallery is built at an estimated cost of Rs 250 crore. One of the attractive features of this gallery is an underwater walk-way tunnel. The other attractions are Global robotic gallery and Nature Park.

“The work regarding the newly developed Railway station at Gandhinagar has been completed and Prime Minister Narendra Modi will inaugurate the project soon,” Railway Minister Piyush Goyal had informed Parliament some time back.

“There will be an international level hotel atop the railway station to serve the Mahatma Mandir (nearby) where global level exhibitions and events take place,” Piyush Goyal had informed the House in March this year.