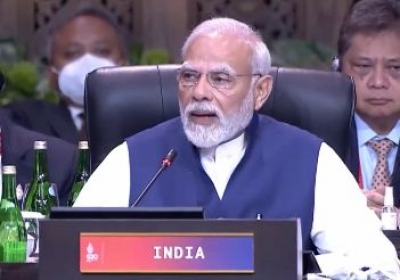 Narendra Modi was addressing a public meeting in Surendranagar on Monday, where he said, “It is election time, don’t you think all parties should debate on development. But the Congress is aware that it can’t speak much on development, as it fears that if the BJP will start counting development work it has nothing to show when it comes to development.”

When the Congress realised that it can’t stand on development, it has started targeting Narendra Modi, said the Prime Minister. He added, “Congress is threatening that ‘Modi ko uski aukat dikha denge’.” Mocking this threat, Modi said, “I come from a very humble family background, a simple servant of the people, not like you all royal families, so what will you teach me.”

Commenting on Medha Patkar joining the Bharat Jodo Yatra, Modi said the people of Gujarat will never forgive those who allied with anti-Gujarat forces.

Medha Patkar’s Narmada Bachao Andolan had delayed the Narmada dam and canal project for almost a decade, and so a section of people allegedly see her as being anti-Gujarat.

Without naming Congress leader Rahul Gandhi and his Bharat Jodo Yatra, Modi taunted him, “those who have been thrown out of power have started a yatra to return to power.”