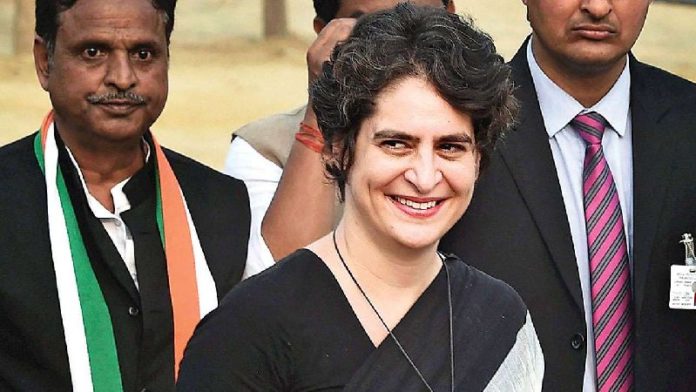 Priyanka attacks UP government over ‘inaction’ in Badaun gang-rape

New Delhi: The Congress has attacked the Uttar Pradesh government after a 50-year-old woman was allegedly gang-raped in Uttar Pradesh’s Badaun district. As per reports, the crime was committed when the woman had gone to a temple to offer prayers.

The family of the deceased has also alleged police apathy for delay caused in filing the FIR. The Congress is raising the issue as the case has similarities to the Hathras Incident .

Randeep Surjewala said: “When will the Adiyanath government wake up? When will these heinous crimes end?”

“The Commission is deeply perturbed by the reported incident and the alleged police apathy,” the commission said in a statement.

A NCW member will also be meeting the victim’s family and the officials probing the incident.

“The Commission has also sought a detailed action taken report in the matter from the police. A copy of the letter has also been sent to Superintendent of Police, Badaun,” the NCW statement added.