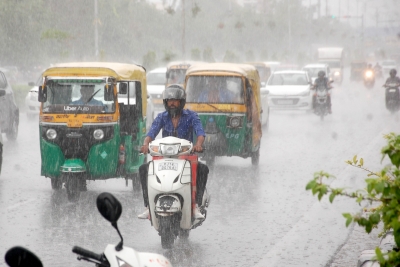 Bengaluru: The India Meteorological Department (IMD) has predicted rain in Bengaluru and issued a yellow alert for 10 districts of Karnataka on Tuesday.

The IMD added that 20 districts will also witness thunderstorms for the next two days.

However, there is no such warning issued for the state’s coastal region.

For the past few days, residents of Bengaluru have been waking up to misty mornings with drizzles, as well as a dip in the mercury.

It has been predicted that this weather is going to continue for a few more days.

The weatherman has predicted rainfall in the northern districts of Kalaburagi, Yadgiri, Raichur, Koppala, Gadag, and Belagavi on Wednesday.

Authorities have been asked to be on alert and take necessary steps to ensure the safety of people.