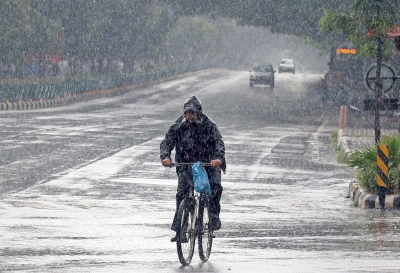 Bengaluru: India Meteorological Department (IMD) has predicted thunderous rainfall in Bengaluru and other districts of Karnataka on Wednesday.

Yellow alert has also been issued in Chikkamagaluru, Mysuru, Chamarajanagar, Hassan, Kodagu and Shivamogga districts of the state.

Most of the districts in the state have been receiving rain in the recent past. However, IMD has stated that the rain will slow down in the regions of north Karnataka.

Bengaluru is experiencing cold weather due to the cloudy environment. The surrounding districts of Bengaluru, Kolar, Chikkaballapur and Bengaluru Rural are also likely to get light showers.

Yellow alert has also been issued in districts located in the central region of Karnataka — Chitradurga, Davanagere districts.

Authorities in Bengaluru are keeping their fingers crossed as the drive against encroachment drive was yet not complete in areas which experienced rain fury recently.