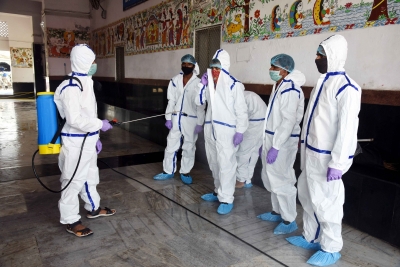 Three members of the same family – a husband, wife and their five-year-old child – have been found infected with UK strain in Hakmabad village of Sadulshahar in Sriganganagar.

The three had returned from the UK on December 18 and were found positive on December 28. Thereafter, their samples were sent to Delhi for further testing which confirmed the new mutated strain.

Shriganganagar CMHO Dr Girdhari Lal Meharda said that the district medical and health department officials had isolated three of them in an isolation centre situated in district headquarters. Their contact history is being traced in Hakmabad village and sampling work has started, he added.