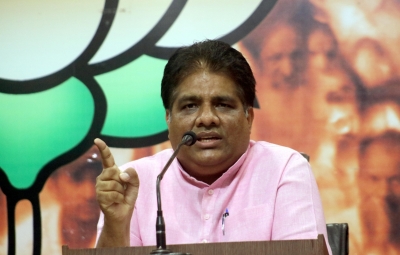 Rajasthan’s Bhupendra Yadav gets Ministry of Labour and Environment

Eventually, in Wednesday’s cabinet expansion, only one serving MP from Rajasthan, Yadav, got a chance to become a minister who is serving as Rajya Sabha MP from Rajasthan for the second time.

With Yadav becoming a minister at the Centre, now there are four ministers from Rajasthan. While Yadav and Gajendra Singh Shekhawat are cabinet ministers from desert state, Arjun Meghwal and Kailash Choudhary are ministers of state.

Yadav was handed over the responsibility of election management in many states including UP and Bihar.

Ashwini Vaishnav announced as Railways and IT minister is also from Jodhpur who has been a native of Pali district of Rajasthan.

After completing his schooling and B.Tech in Jodhpur, he pursued his M.Tech from IIT Kanpur and MBA from the US. Thereafter, he passed UPSC to become an IAS officer. Vaishnav, one of the favourite IAS officers of former Prime Minister Atal Bihari Vajpayee, was the choice of the current Prime Minister Narendra Modi from the very beginning. This is the reason that two years ago Modi sent him to the Rajya Sabha from Odisha and has now included him in his cabinet.