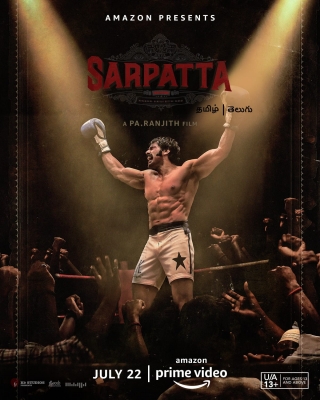 The Tamil film, which will stream digitally, stars actors Arya and Dushara Vijayan. Rana took to his Twitter account to launch the trailer and wrote: “Fantastic trailer, best wishes to the team.”

The Tamil trailer of the film had been launched by Suriya on Tuesday.

“Sarpatta Parambarai” is set in Madras of the seventies and talks about the clash of two clans — Sarpatta and Iddiyappa.

The film will stream on Amazon Prime Video from July 22.