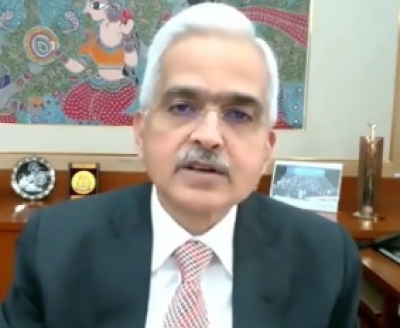 Mumbai/Chennai: The Reserve Bank of India (RBI) will come out with discussion papers on adopting expected loss-based approach for loan loss provisioning and on securitisation of stressed assets framework, Governor Shaktikanta Das said.

The discussion papers on the above two issues will be issued by the RBI, Das said on Friday while announcing the bi-monthly monetary policy.

He also said new guidelines on the regional rural banks (RRB) allowing internet banking facilities to their customers will be issued soon.

According to Das, the proposed guidelines for securitisation will be in addition to the ones that are in vogue.

In September 2021, the RBI had issued the revised framework for securitisation of standard assets.

Reacting to the announcements, R.K. Bansal, MD & CEO, Edelweiss ARC, said: “On the resolution of stressed assets as well, timely initiation of resolution is important, when the assets have a good chance of revival and have fair amount of realisable value. Towards this end, strengthening the existing SARFAESI along with developing an additional framework for securitisation of stressed assets is a forward looking approach to managing NPAs in the country.”

This in part has been due to the preference of banks shifting to alternative avenues, with asset sales declining as a proportion to outstanding gross non-performing assets across bank groups, said Dr. Soumya Kanti Ghosh, Group Chief Economic Adviser, State Bank of India.

“This was also due to the worsening acquisition cost of ARCs as a proportion of book value of assets, reflecting higher haircuts and lower realizable values in respect of their acquired assets,” Ghosh added.

“While tightening of bad debt provisioning rules aimed at bolstering the nation’s financial system is encouraging, large non-banking lenders have been using expected loss provisioning for some time as providing for loans once soured, is inadequate. Adopting it for banks is indeed a prudent approach,” said Bansal.

According to Ghosh, the RBI’s announcement addresses the drawback that rate of standard asset provisions has not been determined based on any scientific analysis or credit loss history of Indian banks. This provisioning framework inherently does not have countercyclical or cycle smoothening elements.

In order to promote the spread of digital banking, the RBI will revise its norms for RRBs allowing internet banking for its customers.