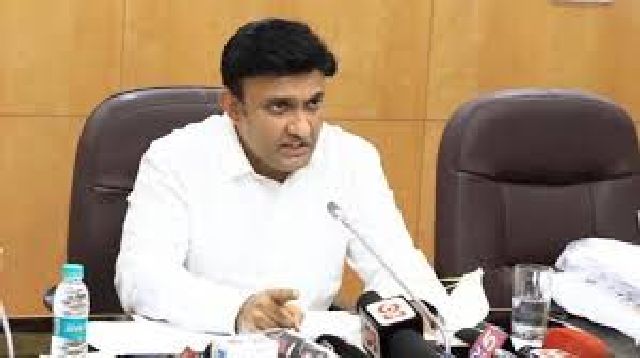 The appeal comes a day after Bharat Biotech Director Krishna Ella lashed out at his critics over allegations that the Hyderabad-based vaccine-maker lacks data on Covaxin.

In a series of tweets, Sudhakar came out in defence of Bharat Biotech and said that Covaxin’s phase-3 clinical trial involves 24,000 volunteers and its data will be available soon.

“I humbly appeal to everyone, not as a Health Minister but as a fellow medical professional, to refrain from unwarranted criticism which discredits the hard work of our scientists,” he said.

He added that the approval of Bharat Biotech’s vaccine marks a significant milestone in India’s indigenous novel vaccinology.

“India is one of the largest exporters of vaccines, and the world is looking up to us in the common fight against this global pandemic,” he said.

“Hailing from a humble background, Bharat Biotech’s founder Krishna Ella is a passionate professional with a credibility of delivering over four billion vaccine doses to underprivileged people in more than 150 developing countries through UNICEF and other channels,” he pointed out.

Heaping praise on Prime Minister Narendra Modi’s inspiring leadership, the Minister said that India is at the forefront of scientific innovation to combat Covid-19 pandemic.

“In line with our philosophy of ‘Sarve Jana Sukhino Bhavantu’ and ‘Vasudaiva Kutumbakam’ India will play a significant role in healing humanity,” he tweeted.

Hitting out at the critics, Ella had said on Monday that “I think people should have the patience to read on the Internet and look at what our articles are.”

Lauding the scientists for developing an indigenous vaccine in a record time, Sudhakar said on Monday that licence would be given to Bharat Biotech to roll out its Covaxin after completing the third stage clinical trials.