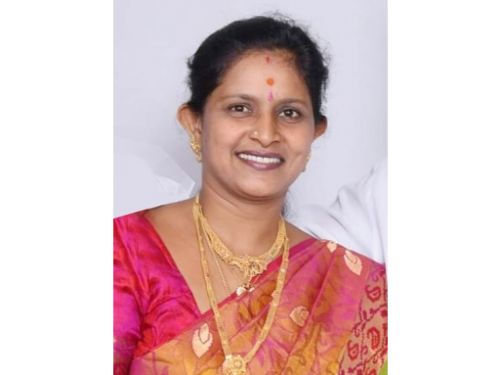 Bengaluru: The Bengaluru Police on Monday said that it has arrested an accused in the murder of BJP local leader Rekha Kadiresh in broad daylight on June 24.

According to the police, the arrested person has been identified as Poobalan alias Selvaraj aka Selva aka Captain, (50) a close accomplice of prime accused Peter aka Lamboo Peter, who was arrested within 24 hours of the murder.

Poobalan is the sixth person to be arrested in the murder case.

The police said Poobalan was on the run since the day of the murder.

The police added that Poobalan did not directly participate in the crime, however he played an active role in planning and provided shelter to Peter and Surya, who were arrested within 24 hours of the killing.

Rekha was the second wife of a rowdy-sheeter S. Kadiresh, who was hacked to death in February 2018, by a rival gang. Prior to his murder, he was facing more than a dozen cases of murder, attempt to murder and extortion.

After migrating from Tamil Nadu in the early 90s, Kadiresh, who came in search of employment to Bengaluru, resided in Bhkashi Garden, which is one of the ramshackle neighbourhoods in Cottonpet. He formed a gang which included his elder sister, Mala, who too is a rowdy-sheeter. She was in firm control of the illicit liquor mafia that thrives in this locality, the police said.

The police added that Rekha was killed at the behest of Mala, who allegedly provided logistical support to the prime accused to execute the killing. Mala has also been arrested along with her son, Arul.