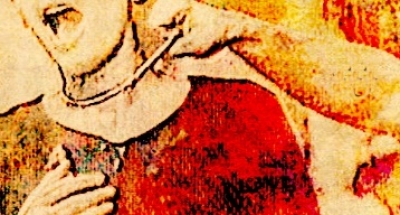 New Delhi: Two notorious criminals, released from jail 25 days ago, were again nabbed by the Delhi Police for allegedly snatching a gold chain from a woman in Dwarka area in the national capital.

Police said that Pramod was involved in 97 cases of robbery, snatching and theft registered across the city.

According to M Harsh Vardhan, the DCP, Dwarka district, on October 17, two bike-borne miscreants snatched a gold chain of a woman, who was standing in front of her house at Mohan Garden area.

“As per the statement of the victim, an FIR under section 356/379/3 4 of the IPC at Mohan Garden police station and investigation was taken up,” said the DCP.

“During investigation, police teams scanned CCTV cameras footage in the area which gave some clues regarding the accused. On October 20, on the basis of technical and manual surveillance, Pramod and Sonu were apprehended from Arjun Park,” said the DCP.

“On frisking, the police team found one gold chain, recently snatched from the complainant, from their possession,” said the DCP.

“During the interrogation, both the accused persons disclosed their involvement in many snatching incidents. The bike which was used in commission of crime was also recovered from their possession,” said the DCP.