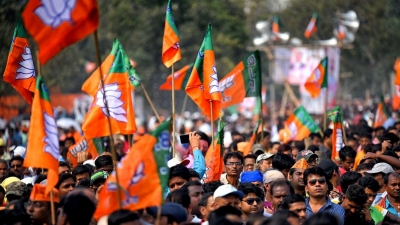 Bengaluru: The ruling BJP in Karnataka is in a fix as the demand for reservations has started coming from all corners. The saffron party, before it could take credit for enhancing the reservation for SCs and STs in the state, has been put in a quandary by the reservation demands.

Vokkaliga seer Nirmalananda Natha Swamiji has given a call to the community to get ready for the struggle to get reservation.

Chief Minister Basavaraj Bommai reacting to the demand stated on Tuesday that Nirmalananda Natha seer has demanded an increase in reservations as per the population and there is nothing wrong with it. He has sought an increase for the Vokkaligas from four to 12 per cent.

“We will think about the demand. An opinion will be sought from the Permanent Committee for Backward Classes and we will also discuss it with legal experts. Later, a decision would be taken in this regard,” he stated.

The Billava community, which is prominent in the coastal Karnataka region, has also sought reservation. The demand by upper caste groups is worrying the Bharatiya Janata Party in the state, where it is making all preparations to emerge victorious in the upcoming assembly elections.

The Ganga Matastha community is claiming reservations for 9 sub-sects under the ST category. Shantha Bheeshma Ambigara Swamiji has stated that the community has been meted out injustice due to the denial of reservation. “We request the central government and the state to add the community groups to the ST list, otherwise a huge protest would be organised,” he warned.

The Vokkaliga community has also warned of protests if their demands are not fulfilled. The Panchamasali Lingayat community is already agitating for reservations.