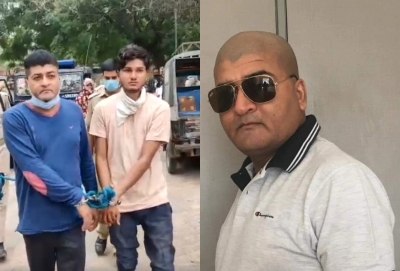 Agra: The daughter of a retired IAS officer has now become a ‘victim’ of love jihad.

The police on Monday said Arif Hashmi, a timber businessman from Lucknow, posed as Aditya, when he met his prey at a function.

According to the police, he struck up a friendship with the woman and when their relationship progressed, the couple got married in 2010. The woman was a widow and did not suspect the intentions of ‘Aditya’.

After some years of marriage, the woman came to know about the real identity of the man and then he started forcing her to convert to Islam, said the police.

When she refused, he started torturing and blackmailing. He would use the hotel of the woman’s first husband to assault her.

The woman then filed a case against the accused under serious sections like assault, attempt to murder, rape, unnatural act, robbery, cheating and unlawful conversion.

“We have registered a case under relevant sections of the IPC and under anti-conversion law. The accused has been arrested on Sunday and further investigations are underway,” said Superintendent of Police (SP) City, Botre Rohan Pramod.

The police have also found his photographs in which he is seen with a number of top Samajwadi and Aam Aadmi Party (AAP) leaders.