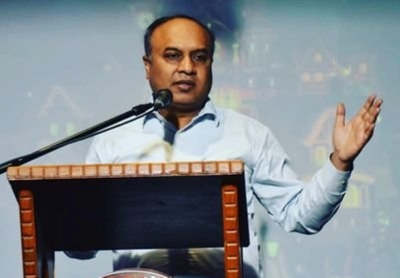 Rice meant for poor in K’taka is ‘smuggled’ to Goa, Maharashtra: AAP

Aam Aadmi Party (AAP) Karnataka unit on Thursday alleged that rice meant for poor is being “smuggled” to Goa and Maharashtra.

Bengaluru: Aam Aadmi Party (AAP) Karnataka unit on Thursday alleged that rice meant for poor is being “smuggled” to Goa and Maharashtra.

Talking to mediapersons here, AAP leader and senior advocate Brijesh Kalappa claimed: “Anna bhagya rice, which belongs to the poor, is being sold in the black market. Tonnes of Anna bhagya rice is being smuggled to neighbouring states like Goa and Maharashtra.”

If the government does not quickly curb the irregularities, protests would be launched, he said.

“Instead of taking strict action against the guilty, the government is mum after taking a 40 per cent commission. The poor are suffering due to the government’s greed for commission,” he alleged.

“This is an anti-people and corrupt government that is sacrificing the interest of the people for the sake of money,” he charged.

“In the last three years, more than 800 cases have been registered in connection with the black marketing of ration under the Anna Bhagya scheme.

“Malnutrition and child mortality rates are on the rise in Karnataka due to the government’s conspiracy with ration smugglers,” he alleged.

Karnataka’s contribution is more for the drop in India’s position in the Global Hunger Index to 107 which is worse than Pakistan’s. The corrupt BJP government should be held responsible for this,” Brijesh Kalappa said.