Home Fit & Fun Entertainment Rishab Shetty responds to Rajini: You inspire me to do more local... 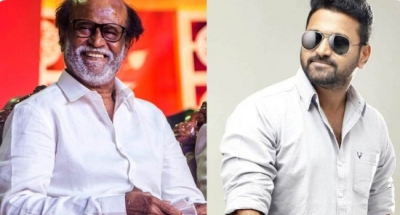 Rishab Shetty responds to Rajini: You inspire me to do more local stories

Chennai: The unit of director Rishab Shetty’s Kannada film ‘Kantara’ is on cloud nine after Tamil superstar Rajinikanth called up the core team to congratulate them for having made a movie which he described as ‘masterpiece’.

Responding to Rajinikanth’s tweet, director and actor Rishab Shetty said, “Dear Rajinikanth sir! You are the biggest Superstar in India and I have been your fan since childhood. Your appreciation is my dream come true. You inspire me to do more local stories and inspire our audiences everywhere. Thank you sir.”

The film’s producer Vijay Kiragandur also responded to Rajinikanth’s tweet, saying: “This is precious. We have been blessed by Rajinikanth Sir. God has been kind. And we feel privileged that we could bring ‘Kantara’ to light. This has left an indelible mark surely and I’ll treasure this moment.”

Karthik Gowda, the executive producer of Hombale Films, the firm that produced the film, tweeted, “Thrilled to have received a call from superstar Rajinikanth sir after he watched ‘Kantara’ yesterday. His heartfelt appreciation for the film has made us all emotional and full of gratitude.”