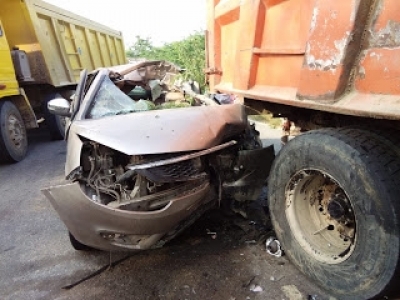 Gurugram: There has been a 26 per cent reduction in the number of fatalities in Gurugram caused due to road accidents in 2020 as compared to 2019.

According to an official data shared by the Gurugram Police, in 2020 320 people died in road accidents in the city while in 2019, 433 people had died.

The reason behind the low fatalities is the lockdown imposed due to Covid-19 pandemic in 2020. Only 16 persons had died which includes 4 deaths in March and 12 in May during the past nine months of 2020.

“In 2020 the toll due to road accidents had significantly gone down which was a great relief. There are several reasons for decline in road accidents but the major ones were the lockdown and police awareness,” said D.K. Bhardwaj, Gurugram DCP (Traffic).