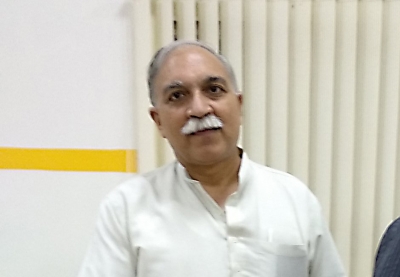 Kumar had played a crucial role in forming ‘positive opinion’ over the abolition of Article 370, which granted special status to the erstwhile state of Jammu and Kashmir.

Another senior RSS functionary, Sunil Ambekar, has been elevated to the post of Prachar Pramukh, which was held by Kumar till now.

Ambekar, who is the author of the book “The RSS: Roadmaps for the 21st Century”, was functioning as Sah-Prachar Pramukh under Kumar for the last one year. From now on, he will be heading the information wing of the RSS.

His book, which was released in 2019 by RSS chief Mohan Bhagwat, is considered to be an effort to showcase the Sangh as a more forward-looking organisation.

Through Kumar, the RSS had even launched an ambitious plan to reach out to at least 10,000 key opinion makers — jurists, bureaucrats etc. — to dispel the “misinformation” related to Article 370 of the Constitution.

Kumar’s 20-page study report had argued that due to Article 370, J&K had lost much in terms of central grants for legislations such as Right to Education, as well as in the case of benefits to women, tribal and backward populations.

An RSS functionary who worked closely with Kumar told IANS that his engagement with opinion makers was a first step towards removing this contentious article.