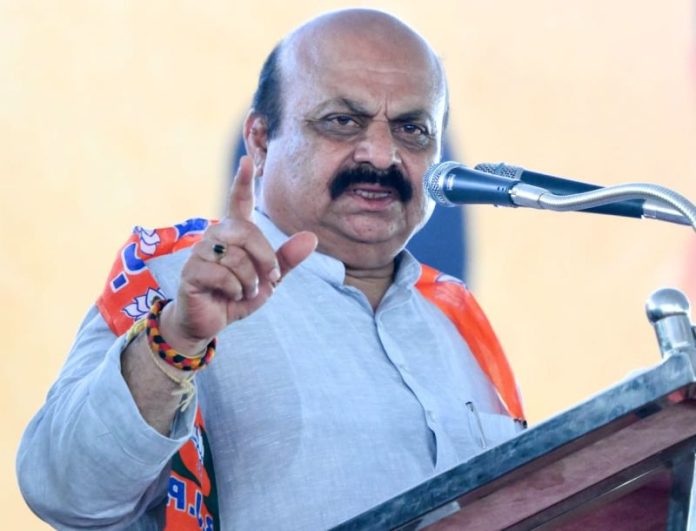 The ruling BJP in Karnataka has sounded poll bugle in the state, with organisation of back-to-back conventions starting from Monday.

Bengaluru: The ruling BJP in Karnataka has sounded poll bugle in the state, with organisation of back-to-back conventions starting from Monday.

The Scheduled Tribe Morcha convention will be held in Ballari on November 20 and the SC Morcha rally in Mysuru on November 30, announced Chief Minister Basavaraj Bommai.

Sharing this information with reporters here on Sunday, he said the ‘Jan Sankalp Yatra’ will resume from Monday and it will be held continuously for three days in Udupi, Gadag, Haveri and Belagavi districts.

The ‘Jan Sankalp’ yatra will go on till December. The response has been very good everywhere and this time, the yatra will be in Mumbai-Karnataka region. This has given the indication of victory in the coming days.

He said Prime Minister Narendra Modi will be visiting the State on November 11 to take part in three important functions.

PM Modi will be flagging off Vande Bharat Chennai-Bengaluru-Mysuru hi-speed train; inaugurating the second terminal at Kempegowda International Airport and unveiling the 108-foot tall statue of ‘Nadaprabhu’ Kempegowda near Bengaluru Airport, during the visit, he said.

The second terminal at the airport was required due to an increase in the arrival of international passengers. The new terminal will have the capacity to handle 25 lakh passengers and there will be 100 counters to handle international commuters. Both Terminal 1 and II put together, Bengaluru Airport will become the second largest airport after Delhi Airport, Bommai explained.

This will help in development of tourism as well as of Bengaluru, industry, IT/BT, R&D sectors, he said.

Bommai said since ‘Nadaprabhu’ Kempegowda was a visionary king because of which the statue is named as ‘Statue of Prosperity’. Since the PM is taking the country towards progress & prosperity, the government felt he is the right person to unveil the statue. After this function, the PM will be addressing a public meeting, he added.

Asked about the mysterious death of a nephew of Honnali BJP MLA, M.P.Renukacharya recently, Bommai said he has already spoken to the MLA and collected whatever information he has with him.

The same information has been shared with the IGP and Superintendent of Police of Davangere for a proper investigation. The truth will almost come after the postmortem report and thereafter a decision will be taken regarding the course of investigation. The incident will be probed from all angles, he stated.