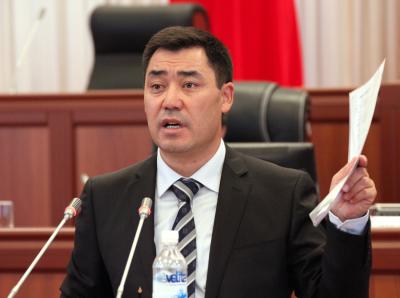 CEC chairwoman Nurzhan Shildabekova said at a briefing on Sunday that turnout was more than 36 per cent, Xinhua news agency reported.

“According to preliminary estimates of more than 90 per cent of automatically reading ballot boxes, candidate Sadyr Zhaparov is gaining about 80 per cent of the vote,” she said.

Meanwhile, a referendum to choose a form of government was also held at the same time on Sunday.

Shaildabekova said that the referendum turnout was over 35 per cent.

According to the preliminary data, more than 81 percent voted for a presidential form of government, about 11 per cent for the parliamentary form and roughly 4.4 per cent against both forms.

Shaildabekova added that the official results will be announced only after the end of the manual counting of all ballots and no later than 20 days after voting day.