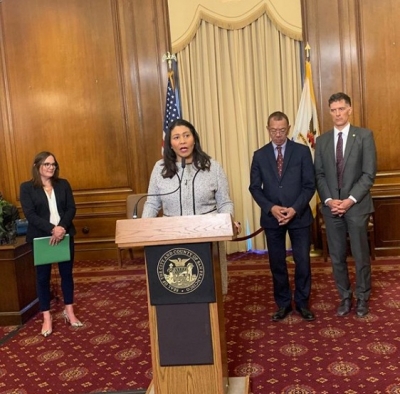 Starting this month, the Department of Public Health’s Environmental Health Inspectors will begin incorporating new anti-human trafficking training into their inspection process, Xinhua news agency quoted the Mayor as saying in her announcement on Friday.

“Every San Franciscan deserves to feel safe and live without fear of exploitation. Even as we face one of the greatest public health crises of our lifetime, our work to end human trafficking in our city must continue,” said Breed.

Fifty-one human trafficking cases were reported directly to the San Francisco Police Department in 2020, according to the announcement.

“In 2019, the Mayor’s Task Force on Anti-Human Trafficking found that there were an estimated 673 cases of human trafficking within the last two years reported to local service providers,” the announcement said.