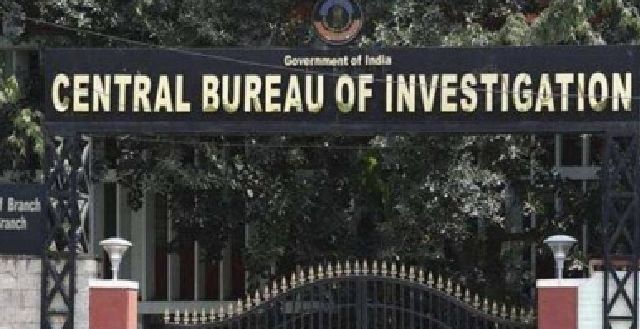 Kolkata: With the high-voltage West Bengal Assembly election round the corner, the ghost of the multi-crore Saradha ponzi scam is back to haunt the Mamata Banerjee-led Trinamool Congress in the state.

The Central Bureau of Investigation (CBI) filed a fresh appeal in the Supreme Court on Saturday seeking to quiz ex-Kolkata Police top cop Rajiv Kumar in connection with the case. Kumar was the then police commissioner of Bidhannagar Commissionerate when the multi-crore chitfund scam was busted in 2013. He also headed the Special Investigation Team (SIT) constituted by the state government.

Later, the high-profile case was handed over to the federal investigation agency in 2014 under the direction of the Supreme Court. A close confidant of Banerjee, Kumar was granted anticipatory bail from the Calcutta High Court on the matter which said that it was not an appropriate case for custodial interrogation. In an unprecedented standoff, when a CBI team had gone to question Kumar at his official residence in Kolkata, they were detained by the city police officers.

“The investigation is on. The agency will do everything that is required to nail the offenders. It’s a big scam,” a senior CBI official told IANS from Delhi.

Meanwhile, Saradha chitfund kingpin Sudipto Sen, who is now behind bars, wrote to Prime Minister Narendra Modi and West Bengal Chief Minister Mamata Banerjee pointing out the fact that leaders who allegedly took “financial advantages” from him are now switching over to the Bharatiya Janata Party (BJP) in Bengal. The list included names of some senior political leaders of the Communist Party of India-Marxist (CPI-M), BJP, Congress and the Trinamool Congress, the letter mentioned.

Sen also request the CBI and the state police to take necessary action against them.

According to sources, the BJP would make attempts to corner the incumbent Trinamool Congress government in Bengal ahead of the crucial polls scheduled in 2021. Saradha scam is one of the key political issues for the saffron brigade to target Banerjee and her party on grounds of corruptions. “The state government is trying to shield Kumar from the CBI interrogation as he knows many things. They have left no stone unturned so that the cat doesn’t come out of the bag,” a state BJP leader said.

Besides the Saradha scam, the CBI is also carrying out probes on illegal coal mining and cattle smuggling in the state which were allegedly run in connivance with the state administration and many ruling party leaders. The CBI’s anti-corruption branch last month had conducted a marathon raid in as many as 30 different locations in West Bengal in connection with a coal-smuggling racket.

According to sources, the federal investigation agency sleuths had raided the offices and homes of Anup Majhi, alias Lala, in Asansol, Durgapur, and Raniganj in Burdwan district, as well as Bishnupur in Kolkata’s adjoining South 24-Parganas.

Earlier, the CM had criticised the Centre for brazenly interfering with the state government in its administrative functioning. Banerjee had voiced that her government would never allow the brazen attempt by the Centre to control the state machinery by proxy. “West Bengal is not going to cow down in front of expansionist and undemocratic forces,” she had said.

The Trinamool Congress had also alleged that the BJP-led National Democratic Alliance (NDA) government at the Centre was using various federal agencies to destabilise the government in Bengal.