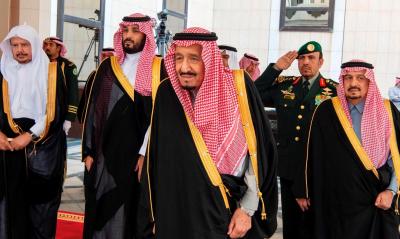 Riyadh: Saudi Arabia will host the 41st Gulf summit on January 5, 2021 in Riyadh, a state media report has confirmed.

Among the first to receive the invite was United Arab Emirates (UAE) President Sheikh Khalifa bin Zayed Al-Nahyan, with the invitation received by the Dubai ruler and Vice-President Sheikh Mohammed bin Rashid Al-Maktoum.

“The commitment by Gulf leaders to hold the summit on an annual basis, and especially in these exceptional times, is a testament to the strength of the GCC, to their belief in their duty to the people of the Gulf, and their devotion to increasing cooperation and integration among member countries,” Arab News quoted Al-Hajraf as saying in a statement.

“Today, as the GCC enters its fifth decade with a global pandemic in the backdrop, the institution’s mission to facilitate trade and economic integration among member states is more relevant than at any time in its history.

“The GCC remains focused on meeting the ambitions of the Gulf people, increasing integration, interconnectedness, and trade among member states and the international community,” he added.

Saturday’s development comes after Kuwait’s top officials recently announced the success of their country’s years of negation to end the Gulf crisis with the support of the US.

A Saudi-led Arab quartet including the UAE, Bahrain and Egypt cut diplomatic ties with Qatar in June 2017 and has since imposed an embargo on the Gulf state, accusing Doha of supporting terrorism.