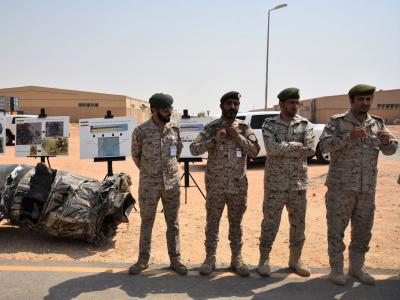 Aden: Yemen’s Houthi militia said on Tuesday that the Saudi-led coalition has launched an airstrike on a military site in the capital Sanaa.

The coalition is yet to make a comment yet.

The Houthis have recently intensified cross-border drone and missile attacks on Saudi cities.

All Houthi attacks had been intercepted, according to the coalition’s statements.

The impoverished Arab country has been mired in civil war since late 2014, when the Iran-backed Houthi rebels seized control of several northern provinces and forced the internationally-recognized government of President Abd Rabbu Mansour Hadi out of Sanaa.

The Saudi-led Arab coalition intervened in the Yemeni conflict in 2015 to support Hadi’s government.

Tuesday’s development took place after Yemen’s new power-sharing government was sworn in before the country’s internationally-recognised President Hadi in Riyadh on Sunday.

The new government consists of 24 ministerial portfolios, divided equally between the northern and southern provinces in Yemen, the Southern Transitional Council (STC) and other political parties.

It has been established in accordance with the terms of the Riyadh Peace Agreement jointly signed in November 2019 between the Yemeni government and the STC leaders.