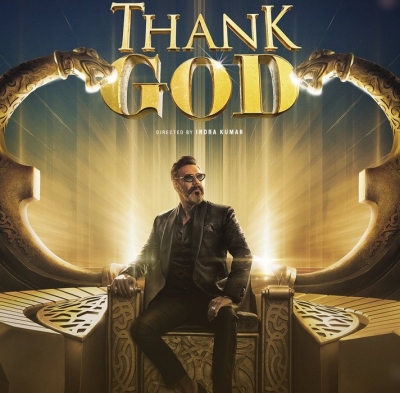 A bench, headed by Chief Justice U.U. Lalit and comprising Justice Bela M. Trivedi, said there is nothing urgent here and posted the matter for hearing in November.

Counsel, representing ‘Sri Chitragupta Welfare Trust’, mentioned the matter before the top court seeking urgent hearing in the matter, and sought directions for removing the trailers and posters of the movie from YouTube and other platforms.

Counsel pressed that the movie is slated for release on October 25 and the matter would become infructuous. However, the bench was not convinced.

Citing the trailer of the film, the plea claimed that there are derogatory expressions, statements, dialogues and insulting images, and videos in and around the character of God Chitragupta played by Ajay Devgn.

The petitioner claimed that movie posters and the trailer are spreading insulting and derogatory messages against the deity across the country and the world.