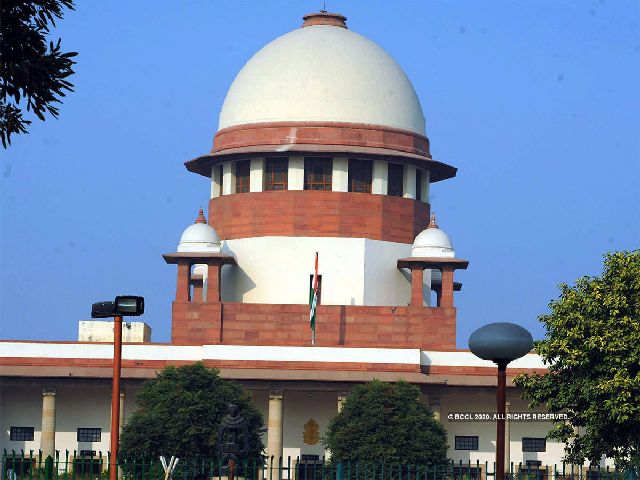 New Delhi: The Supreme Court on Friday agreed to hear a PIL by a group of Christian women from Kerala questioning the practice of compulsory confessions in the Malankara Orthodox Syrian Church, terming the practice as violative of the constitutional rights to freedom of religion and privacy.

A bench headed by Chief Justice S.A. Bobde and comprising Justices A.S. Bopanna and V. Ramasubramanian allowed petitioner Bina Titty and others to amend the petition to bring some additional facts in the matter.

At the outset, the bench asked senior advocate Mukul Rohatgi, representing a group of five women, why didn’t he move the Kerala High Court, and he replied that the apex court had already referred to similar questions, which were framed in the Sabarimala judgment, for consideration by a nine-judge Constitution bench. Since the issue is pending in the top court, the High Court could not have heard the matter, Rohatgi said.

Attorney General K.K. Venugopal, representing the Centre, however, contended that the issue has emerged from the dispute in Malankara church, which the apex court settled in 2017, and the High Court concerned can deal with the matter.

Rohatgi submitted that the male priests have abused the confessions made by the women, and added that the matter is connected with constitutional importance, if confession is an essential religious practice. He argued that it is also important to examine that if it violated the right to privacy.

After a brief hearing in the matter, Rohatgi asked the top court to allow him to amend the petition and to bring more facts on record.

The plea, filed through advocate Mohit D. Ram, has argued that confession involves laying bare all secrets of the confessor which he/she believes to be sinful. “However, much to the dismay of the petitioners, in the present case, the priest, part from being not faithful to the sect of the petitioners, has also misused his position as the priest and indulged in acts of blackmailing the members of the parish,” the plea said.

The petitioners have argued that in certain cases, priests have even sought sexual favours from the female members of the parish. “The petitioners and similarly placed persons need to confess before a priest of their own choice,” added the plea.

On December 14, a bench headed by the Chief Justice had sought response from the Centre, the Kerala government and high functionaries of the church on the plea challenging the alleged practice of forced and mandatory confession from every of its members.

“This pernicious practice of forced, compulsory and mandatory confession (not being voluntary) from every member both men and women is causing several other problems, including sexual exploitation of women and blackmailing,” said the plea.