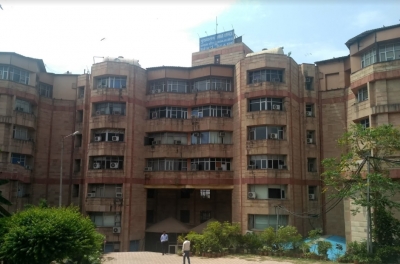 New Delhi: Amid the reports of sealing of borewells in the parks of South Delhi by the Delhi Jal Board (DJB), the South Delhi Municipal Corporation (SDMC) has urged the DJB to allow watering the parks from its existing system to avoid drying of parks until it provide treated water for the same.

SDMC Mayor Anamika said, “Laying of pipe by the DJB to provide treated water in the parks is yet to be completed and if the existing resource of water (borewell) are sealed, it would result in huge damage to the greenery of the parks. The DJB should first provide an alternative source of water then seal the borewells.”

The DJB has started sealing bore-wells in several parks in South Delhi following a direction from the NGT regarding the prevention of groundwater.

Anamika said, “We have also requested the DJB to file an application before the NGT to extend the timeline for sealing of the borewells till the projects of laying of pipes is completed and till then allow watering the parks from its existing system to avoid drying of parks and permanent damage to the environment.”

Statue politics flare up in Karnataka as state gets closer to...