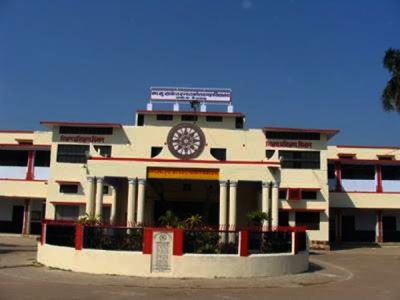 Ayodhya:  The Ayodhya police have dropped sedition charges against the students of Saket College who were accused of shouting anti-national slogans during a protest to demand students’ union election.

However, the police said that investigation into other charges against the students will continue.

Deputy Superintendent of Police (DSP), Ayodhya, R.K. Rai said: “Police had registered a case of sedition against students on the basis of the complaint filed by college principal. However, we did not find any evidence against the students and decided to drop sedition charges against all the six accused. Other charges against the students will remain and investigations are underway.”

The DSP said that the police did not find any evidence against students to book them for sedition under Section 124A of the Indian Penal Code (IPC).

On December 26, Principal of Saket College, N.D. Pandey had alleged that the students shouted the anti-national slogans during their protest last week.

On the basis of Pandey’s complaint, the Ayodhya police had registered a case against six students booking them under various charges, including sedition.

The college principal said the dropping the sedition charge was the decision of the police and he did not wish to comment on it.

“They (students) were raising slogans of ‘azaadi’, they wanted to take azaadi by revolt and by violence, by burning the country. It is my duty to protect the motherland, therefore, I have filed the complaint against them,” Pandey had said.

However, Abhas Krishna Yadav, the former president of Saket College students’ union, said that students were raising ‘azaadi’ slogans as they were seeking freedom from the corrupt principal and anti-student system of the college.

They were also demanding that the college administration must hold student union elections, he added.