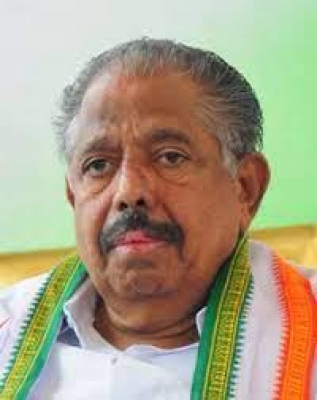 Thiruvananthapuram: Senior Congress leader and three-time minister from Kerala, Aryadan Mohammed (87) passed away at Kozhikode after brief illness. Aryadan was considered as the ‘Chanakya’ of Kerala’s Congress politics.

He was a minister in the A.K. Antony cabinet and in the Oommen Chandy government and also in the CPI-M-led left government of E.K. Nayanar.

While his academic qualification was only a matriculation pass, Aryadan Mohammed was a voracious reader and used to quote profusely from all the international and national publications. In the debates in Kerala Assembly, Aryadan Mohammed was always the firefighter for the Congress. His funeral will be held at Nilambur on Monday.

An eight-term MLA from the Nilambur Assembly constituency since 1970, he was a member of the Kerala legislative Assembly till 2016 on the Congress ticket.

Even during his last days, he was busy scheming political strategies for the Congress. Aryadan Mohammed had a black mark when he was accused and jailed in the murder of a CPI-M leader from Nilambur, Kunhali. He was arrested and jailed in 1969, but later he was acquitted.

Aryadan Mohammed is always remembered as a Congress leader who never budged to the one-upmanship of the Congress ally Indian Muslim League in its fort of Malappuram district. The senior Congress leader has always had a warm relationship with political leaders cutting across party lines.

A staunch nationalist and a Congress leader, Aryadan always believed that the Congress was the party of India that caters to all sections of the population.

Kerala Chief Minister Pinarayi Vijayan condoled the passing away of Aryadan Mohammed. Pinarayi said that Aryadan will always be remembered as a leader who stood for the secular credentials of the country.

Kerala Pradesh Congress Committee President (KPCC) K. Sudhakaran said that Aryadan Mohammed’s death was a major loss for the Congress party. The KPCC president said that while Aryadan was suffering from illness, the death was unexpected.

Indian Muslim League leader and MLA K.P.A. Majeed while speaking to media persons in remembering Aryadan Mohammed said, “Aryadan used to oppose the politics put forward by the Indian Union Muslim League, but he was always in the forefront in Malappuram district for the United Democratic Front alliance. He was the flag-bearer of the UDF in Nilambur which was a CPI-M bastion for years and had wrested that constituency from them. I and the Indian Union Muslim League deeply condole the passing away of the senior leader.”