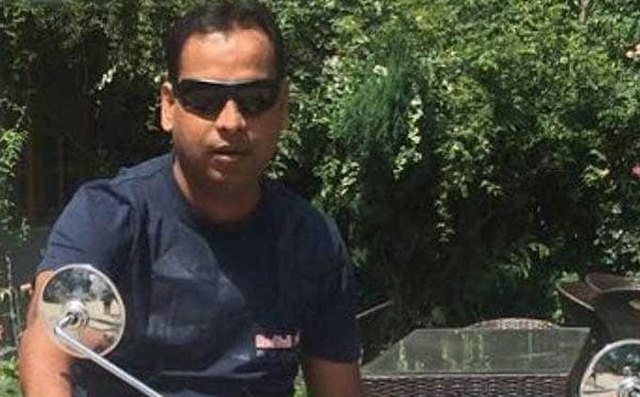 Lucknow: A senior minister in the Uttar Pradesh government has said that he agrees with accusations that senior police officers tried to cover up the murder of Apple executive Vivek Tiwari by two former cops of the Lucknow police on Friday night. Both were arrested and later sacked.

“Let me also make it very clear, I am also seeing that distinguished cops are trying to cover up the matter. The government will take notice of this too. I agree with the family on this. Some officers have tried to cover up. The first FIR was written in a wrong manner. There will be an investigation against the police too,” said Brijesh Pathak, Uttar Pradesh’s minister for Law and Justice.

Mr Tiwari’s wife filed a fresh FIR at the city’s Gomti Nagar police station on Saturday night, naming both constables, and describing in detail her version of the sequence of events on Friday night. The first FIR in the case, filed by Sana Khan, Mr Tiwari’s colleague, who was with him in the SUV when he was shot dead, did not mention any names and was dismissed as weak by the family members. There were allegations that the Lucknow police had tried to file a weak case so that both accused constables – including Prashant Chaudhary who shot Mr Tiwari and the man accompanying him – could get away.

The family of Mr Tiwari, who was an Apple area sales manager, says more proof of the police’s complicity lies in the fact that despite the Lucknow police chief announcing the arrest of the accused constables on Saturday afternoon, the duo was kept in a police station till late that evening, where they freely gave interviews, even accusing the police force of victimising them.

A special investigation team of the UP police, headed by Lucknow Inspector General Sujeet Pandey, visited the incident spot on Sunday afternoon and spent two hours there. Samples were also collected from the spot-a good 48 hours after the incident. Questions have also been raised on whether Lucknow cops crashed Mr Tiwari’s SUV again, deliberately after the shooting incident. Pictures of the SUV from Saturday night show it banged against a pillar with damage to one side. Pictures taken 12 hours later at the Gomti Nagar police station, where it was towed, show the entire front portion of the SUV badly damaged.