Mangaluru: Yes, once again the festive fervour has gripped the city as denizens thronged marketplaces, and sidewalks to purchase various items required for ‘Ayudha Puja’ and ‘Dasara ‘ aka Vijayadashami. Street side vendors and shop owners at major market areas in the city including Central Market and Car Street market are all gearing up for the festivals. Footpaths in many localities and even city arterial roads have vendors selling marigolds, the piles of yellow and orange flowers setting the perfect festive mood for the season. The footpaths near Clock Tower-Opposite Town Hall, Car Street, near Nehru Maidan and also near Bendore-Well, Kankanady were buzzing with activity. Flower vendors have come down all the way from Haveri, Arsikere, Hassan, Chikamagalur, Shivamogga, Sakleshpur, Bagalkot and North Karnataka. 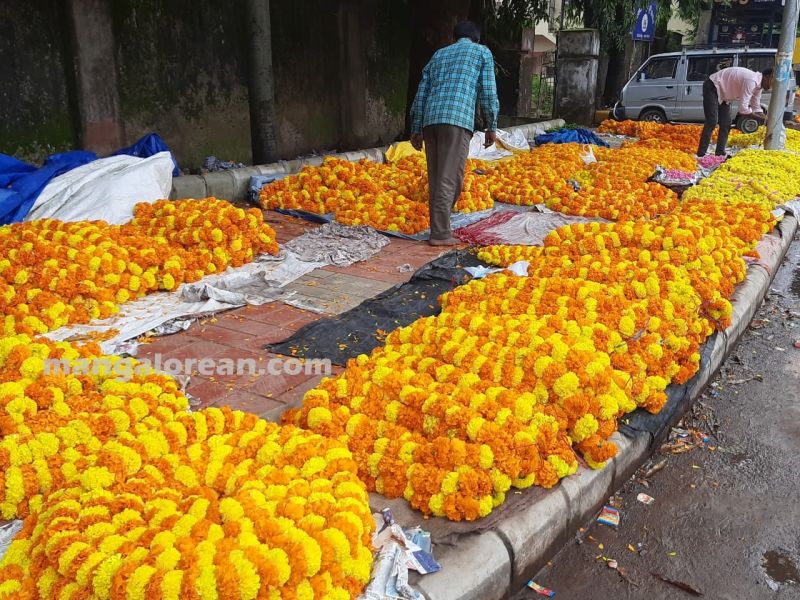 Flower sellers at the Car Street Flower market have been doing brisk business for the past couple of days. Smaller markets in localities across the city too were busy throughout the day, allowing denizens to purchase the necessary items from nearby, saving them a trip to the bigger markets. Gonde Hoovu/Sevanthige/Marigold flowers/Chrysanthemum are quintessential elements of the Dasara festivity. Traditionally, Dasara decorations display marigold flowers, considered a symbol of energy and beauty. Marigold aka Gonde Hoovu denotes ‘sacredness and affection’, which is used extensively by devotees for every festival.

People decorate entrances of their homes and shops with ‘torans’ made up of marigold flowers and ‘apta’ leaves. Also, tools of the trade, vehicles, machinery, weapons and books are worshipped on the occasion. For flower wholesalers and vendors, the business blossoms during this part of the year. Besides Dasara, Lakshmi Puja during Diwali too offers them a good business opportunity. 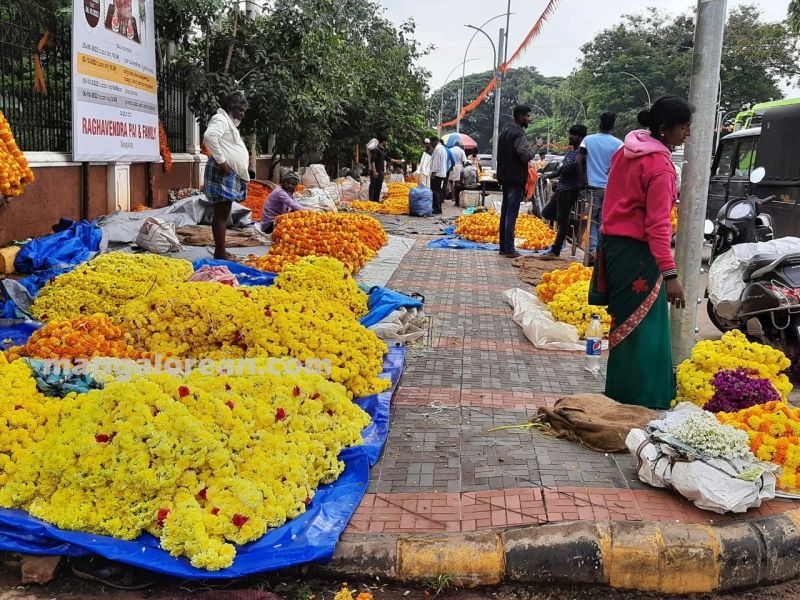 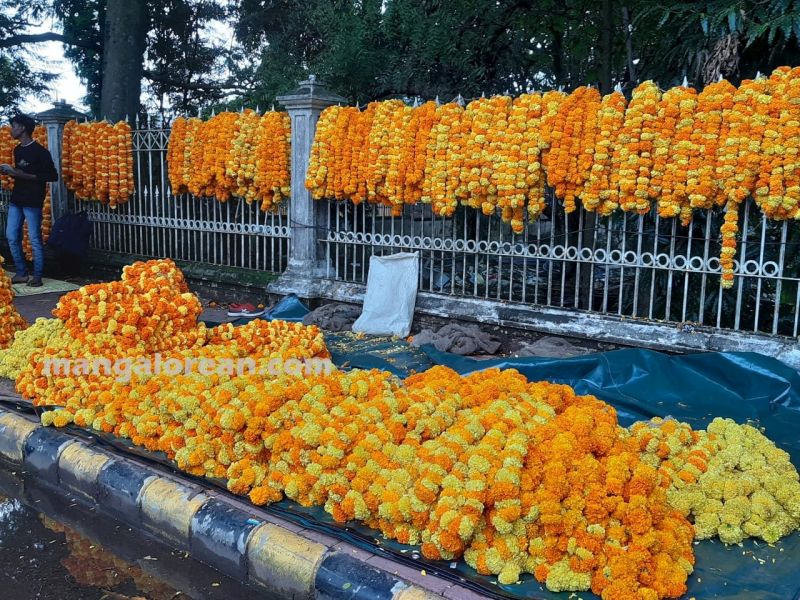 People also worship the ‘Shami’ tree as according to the epic Mahabharata, the Pandavas completed their one-year in exile and reclaimed their weapons hidden on a Shami tree, on Vijayadashmi i.e. Dasara. Dasara marks the victory of Lord Rama over the demon king Ravana. It is a time to celebrate the victory of good over evil, also signified by Goddess Durga’s victory over the demon ‘Mahishasur’. 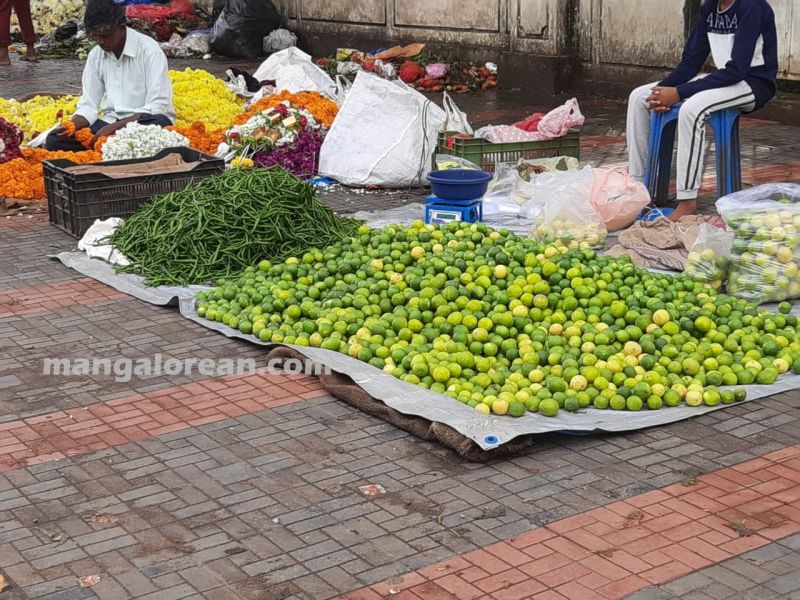 As part of the Ayudha Puja festival, many vehicles will be seen on the streets adorned with flowers, some with limes and chillies. At various Car Wash facilities in the City, there have been long lines of vehicles getting ready to be cleaned before the Puja. On Dasara, denizens worship goddess Durga and spend the day visiting temples and with family while feasting on traditional delicacies. Markets across the city have been selling ash gourd, lime and chillies in large quantities ahead of the Ayudha Puja. Ayudha Puja (the day of worshipping (weapons/vehicles/instruments) is celebrated on the last day of the nine-day Navaratri, and it symbolizes the triumph of good over evil. 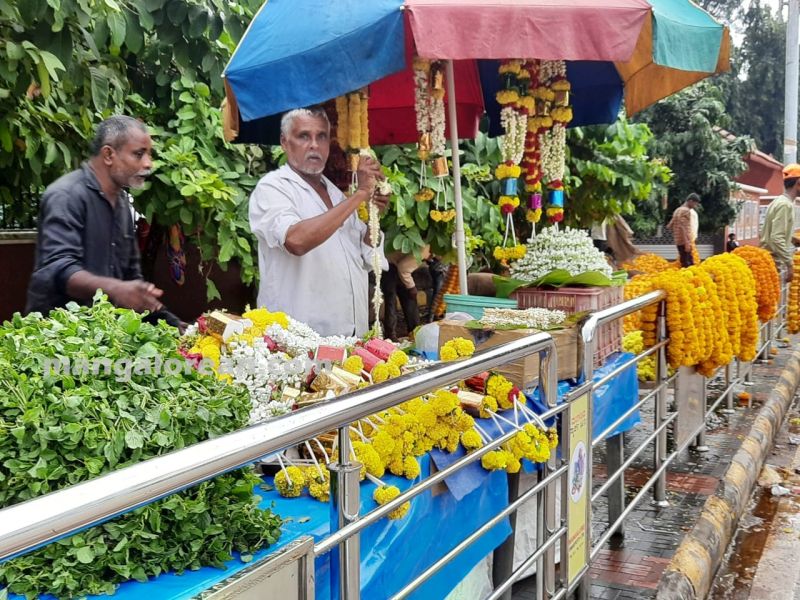 The ninth day is also the day of the Ayudha Puja. The Ayudha Puja is a worship of whatever implements one may use in one’s livelihood. On the preceding evening, it is traditional to place these implements on an altar to the Divine. If one can make a conscious effort to see the divine in the tools and objects one uses each day, it will help one to see one’s work as an offering to God. It will also help one to maintain constant remembrance of the divine. (In India it is customary for one to prostrate before the tools one will use before starting one’s work each day; this is an expression of gratitude to God for helping one to fulfil one’s duties.)

Children traditionally place their study books and writing implements on the altar. On this day, no work or study is done, that one might spend the day in contemplation of the Divine.

The tenth day is called Vijaya Dashami. Devotees perform a Saraswati Puja (ceremonial worship) to invoke the blessings of Saraswati. Some devotees also perform pujas dedicated to Durga to mark Her victory over the demon Mahishasura. At another level, Navaratri also highlights the principles elucidated by the Ramayana. This is hinted at in the other name by which Vijayadashami is known in India, Dussehra.