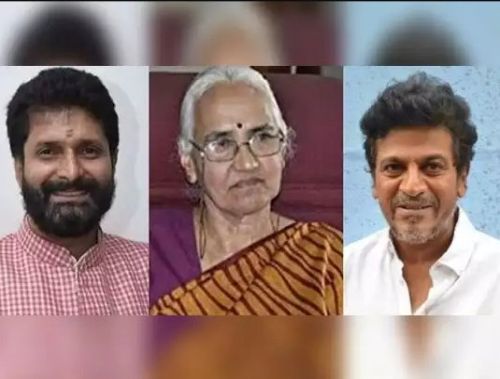 At an event on Sunday, former Kannada actor, Culture Minister and noted writer B T Lalitha Naik claimed that she had received death threats along three others – BJP national general secretary C T Ravi, Shiva Rajkumar, and an owner and editor of vernacular news channel.

The writer told reporters she received a letter by someone named Kareem Challakere on March 20, stating that along with her, Rajkumar, Ravi and the owner of TV news channel will be assassinated on May 1.

“After this letter was brought to the notice of authorities, I have got security cover,” she declared in the event that took place on Sunday.

She also claimed that the letter does not specifically mention the exact reason behind this threat.

However, the news of the letter has sent shockwaves among Shiva Rajkumar fans and Sandalwood fraternity.

Meanwhile Home Minister Basavaraj Bommai has assured to investigate the case thoroughly to arrest the accused.