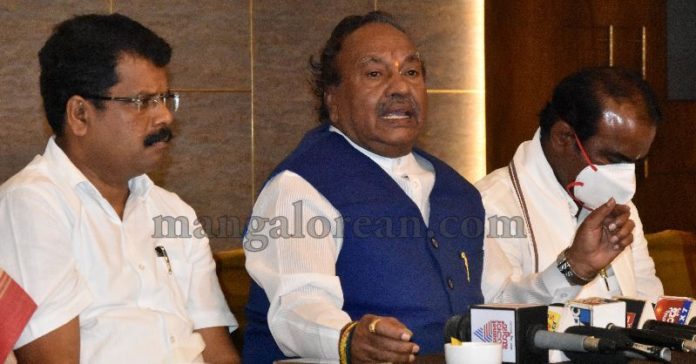 Udupi: “All gram panchayats in the State will harness solar energy by installing solar panels on their buildings”, said the Minister for Rural Development and Panchayat Raj (RDPR) K S Eshwarappa on January 12. 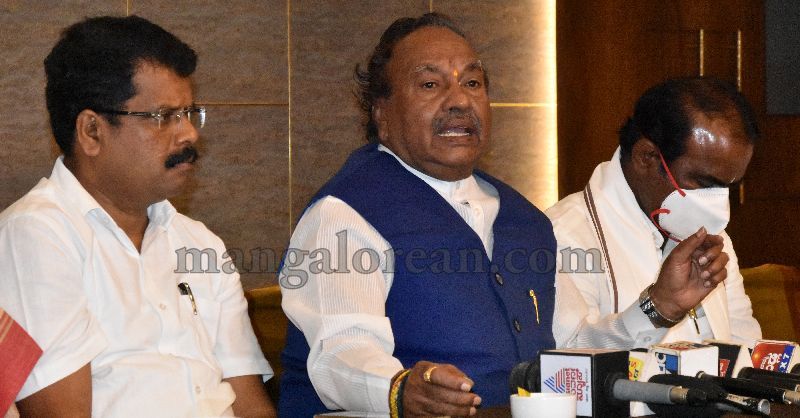 Addressing the mediapersons before taking part in the Janasevaka Samavesha organized by the Bharatiya Janata Party, Minister Eshwarappa said, “The RDPR Ministry will provide ₹ 3 to ₹ 4 lakh to each gram panchayat for the purpose. The gram panchayats will have to muster the remaining funds required for installing the solar panels througAnganwadiwn resources or from the grants of MLAs. To repair the Anganwadi buildings in the panchayat limits, the government has provided ₹ 5 lakh for constructing a new Anganwadi building”.

Villages should be kept clean, and solid waste management units must be installed by making use of the available funds under the Swacch Bharat Mission. The government has also launched a scheme to supply pipe water to each house in the villages.

The government will soon arrange to train the newly elected members of all gram panchayats for three days. In all, 900 resource persons are now ready to impart training, and the cost will be shared by both the Union and State governments. Once the presidents and vice-presidents of the gram panchayats are elected, they too will undergo training, he said.

The party had organized the Samavesha to congratulate the newly elected members who were supported by the BJP.

Eshwarappa also said, “The change of Chief Minister is a rumour spread by the Opposition party leader Siddaramaiah. No BJP MLAs nor the party high command has discussed or raised the issue. He (Siddaramaiah) is dreaming of the CM post and thus keeps harping on it”.

It is obvious that every MLA wants to become a minister, and there is nothing wrong in that. The rebel Congress and Janata Dal (Secular) MLAs have to be accommodated in the cabinet as promised.

On fraudster Yuvaraj Swamy making news for all the bad reasons, the minister said, He has met so many politicians, including KC Venugopal of Congress. But former KPCC president Dinesh Gundu Roa is passing the blame, saying Yuvaraj is close to the BJP leaders, a probe should be ordered. The congress party is doing cheap politics, he said.

Congress depends on Muslims for its existence, but the same community is trying to destroy them. There are patriots among Muslims, but it is the Congress that makes them anti-nationals, Eshwarappa said.