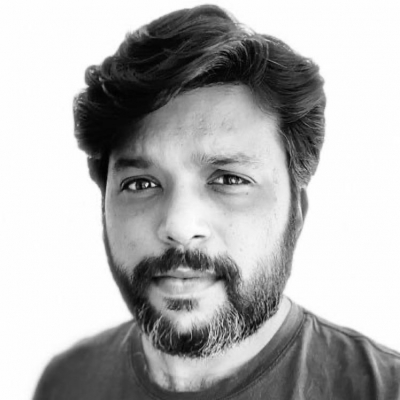 Kolkata: The death of Reuters photojournalist Danish Siddiqui, while caught in a crossfire between the Taliban and Afghan forces, puts the spotlight firmly on increasing dangers faced by mediapersons in the war-torn country.

An Indian and a Pulitzer award winner, Siddiqui was however not murdered, unlike the more thab 30 Afghan journalists who have been killed on the line of duty, mostly by Taliban radicals.

Some of them were woman who dared the Talibans with their bold reporting.

Three women who worked for the local Enikass Radio and TV were brutally murdered in April in Jalalabad.

The victims, Mursal Wahidi, 25, Sadia Sadat, 20, and Shahnaz Raofi, 20, worked in a department that records voice-overs for foreign programs.

A fourth woman was wounded in the attacks.

Malalai Maiwand, 26, a television and radio presenter with Enikass, had been gunned down in much the same way in December 2020.

The Taliban denied any involvement but have been blamed for much of the wave of assassinations that began after the February 2020 peace agreement negotiated between the insurgent group and the United States.

A senior Enikass management official told IANS that the Taliban hated their outlet not only because of their reporting but also because they employed many women.

Following the 2001 US invasion which unseated the Taliban and ended its extremist form of Islamic law that banned women from most jobs, Afghanistan’s media outlets and news stations have emboldened a new generation of Afghans and especially women, despite the unending war around them.

But since 2018, more than 30 media workers and journalists have been killed in Afghanistan, according to a recent UN report.

From September 2020 to January of this year, at least six journalists and media workers were killed in such attacks, according to the report.

The recent attacks have amounted to an “intentional, premeditated, and deliberate targeting of human rights defenders, journalists and media workers”, the report said.

“With a clear objective of silencing specific individuals by killing them, while sending a chilling message to the broader community.”

Taliban forces have been deliberately targeting journalists and other media workers, including women, in Afghanistan, the US-based Human Rights Watch has said.

Threats and attacks against journalists across the country have increased sharply since talks began between the Afghan government and the Taliban, heightening concerns about preserving freedom of expression and the media in any peace settlement.

Human Rights Watch found that Taliban commanders and fighters have engaged in a pattern of threats, intimidation, and violence against members of the media in areas where the Taliban have significant influence, as well as in Kabul.

Those making the threats often have an intimate knowledge of a journalist’s work, family, and movements and use this information to either compel them to self-censor, leave their work altogether, or face violent consequences.

Provincial and district-level Taliban commanders and fighters also make oral and written threats against journalists beyond the areas they control.

Journalists say that the widespread nature of the threats has meant that no media workers feel safe.

“A wave of threats and killings has sent a chilling message to the Afghan media at a precarious moment as Afghans on all sides get set to negotiate free speech protections in a future Afghanistan,” said Patricia Gossman, associate Asia director.

“By silencing critics through threats and violence, the Taliban have undermined hopes for preserving an open society in Afghanistan.”

Human Rights Watch interviewed 46 members of the Afghan media between November 2020 and March 2021, seeking information on the conditions under which they work, including threats of physical harm.

Those interviewed included 42 journalists in Badghis, Ghazni, Ghor, Helmand, Kabul, Kandahar, Khost, Wardak, and Zabul provinces and four who had left Afghanistan due to threats.

In a number of cases that the Human Rights Watch documented, Taliban forces detained journalists for a few hours or overnight.

In several cases they or their colleagues were able to contact senior Taliban officials to intercede with provincial and district-level commanders to secure their release, indicating that local commanders are able to take decisions to target journalists on their own without approval from senior Taliban military or political officials.

Taliban officials at their political office in Doha, Qatar, have denied that their forces threaten the media and say that they require only that journalists respect Islamic values.

But Taliban commanders throughout Afghanistan have threatened journalists specifically for their reporting.

The commanders have considerable autonomy to carry out punishments, including targeted killings.