Mangaluru: It was on the 1st of November 1956 that the land of the Kannadigas was carved out to include all the Kannada language-speaking regions of south India. Today the contribution of Karnataka’s poets, artists, writers, scientists and singers in varied languages, dialects, dance and art forms makes one proud to be part of this great land. 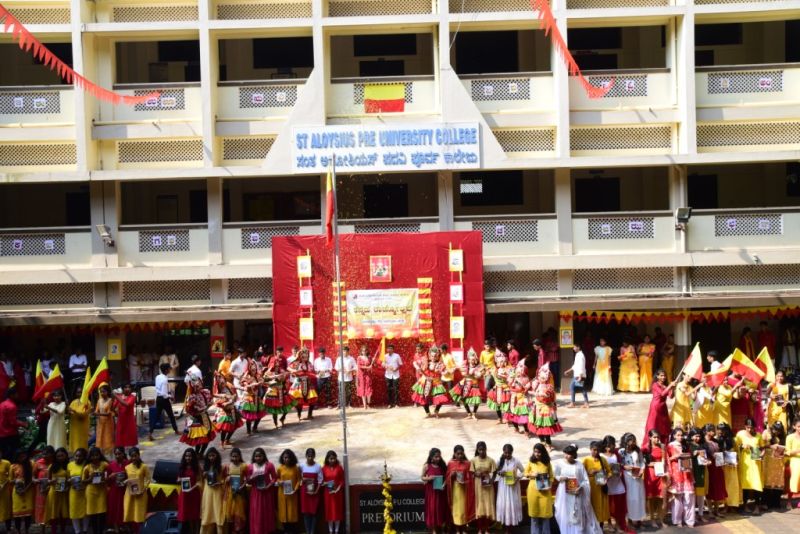 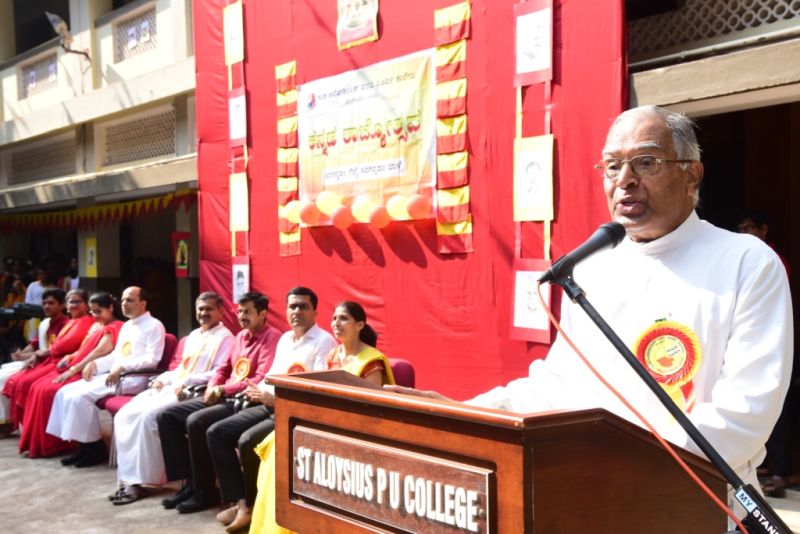 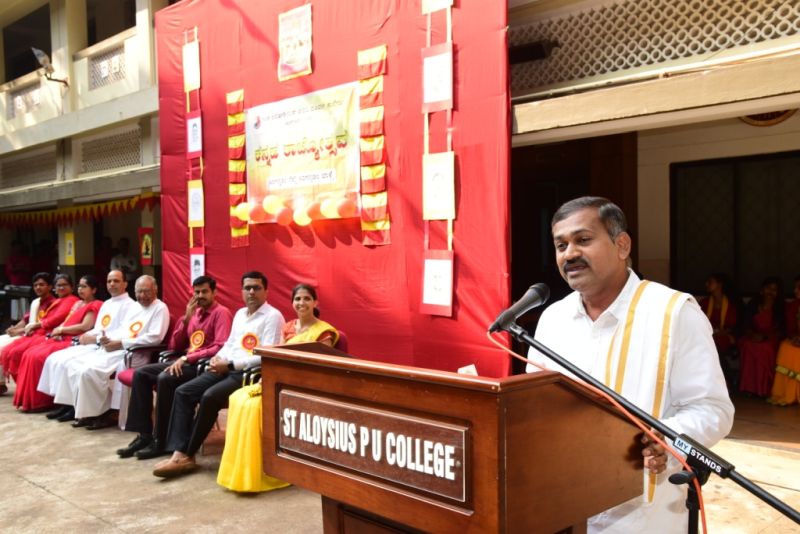 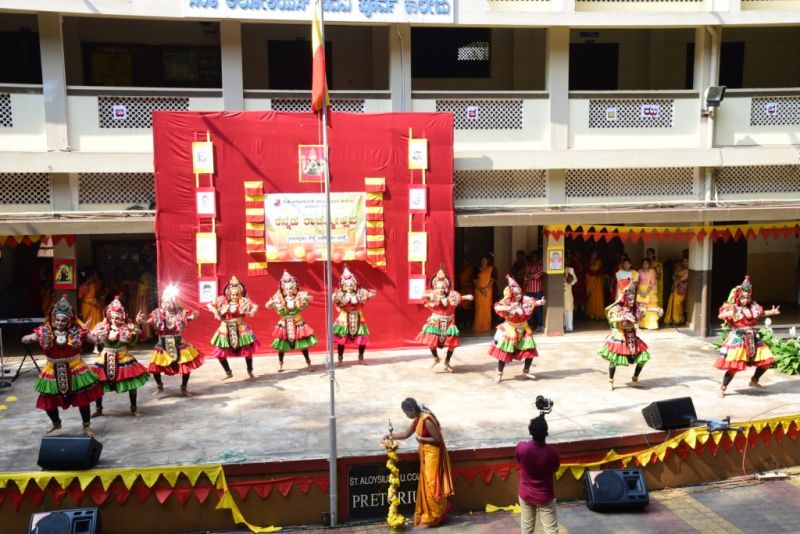 The 67th Kannada Rajyotsava was celebrated with great fervour and grandeur at St Aloysius PU College on 1 November 2022 to commemorate the birth of Karnataka state and to acquaint the students with Karnataka’s glorious history and heritage. The entire campus glowed with shades of vibrant red and yellow. The College was decorated with flags, portraits of eminent Kannadigas and popular quotes. Kannada patriotic songs resounded through the portals of the College.

The dignitaries were welcomed to the dais with ‘Chende Mela’ (the beat of drums) performed by students which held the audience spellbound while the campus reverberated with drum beats. The celebrations commenced with the Naada Geetha, ‘Jai Bharata Jananiya Thanujathe’ by the students. Mrs Janet Pinto, HOD of Kannada welcomed the gathering. 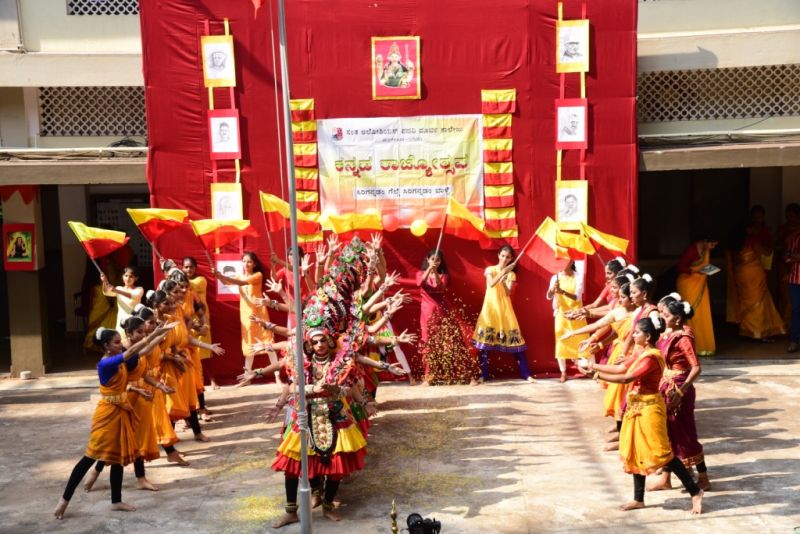 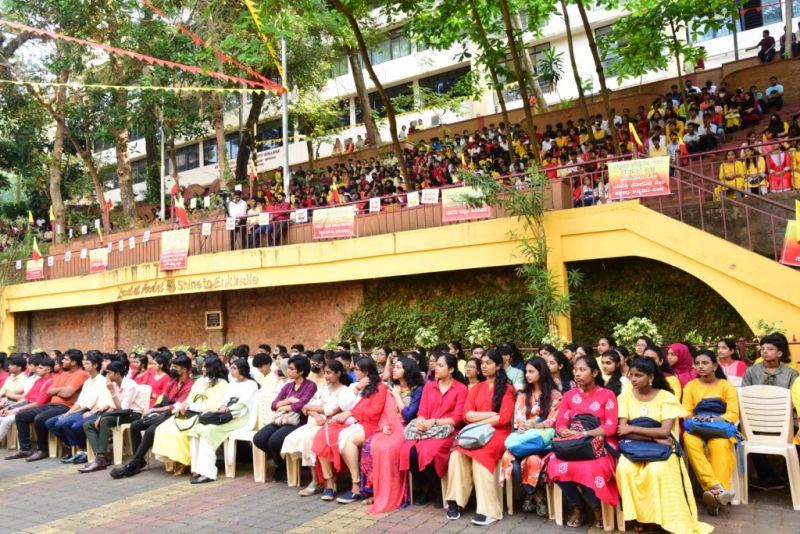 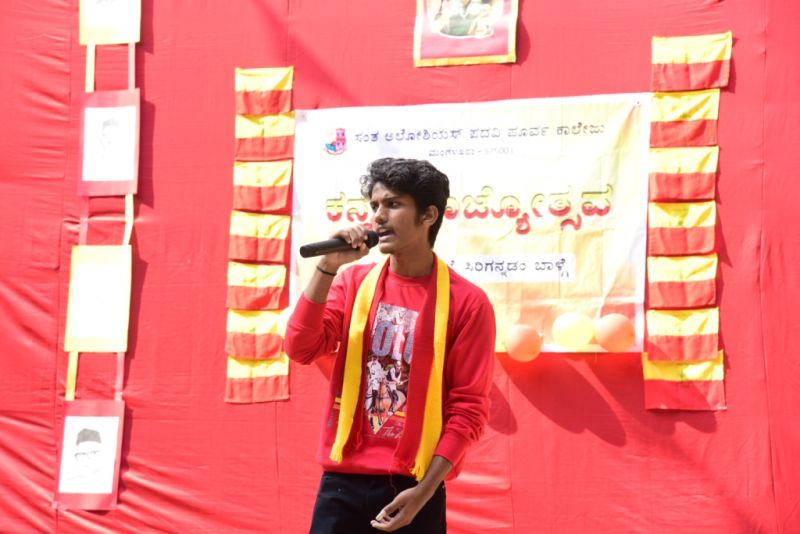 The Chief Guest for the occasion was Dr Madava M K, HOD of Kannada, Mangalore University College. He hoisted the state flag during the solemn ceremony and delivered an inspiring message. Dr Madava, in his address, spoke on the genesis of the present state of Karnataka and the stalwarts who made it happen. He told the gathering that learning Kannada and conversing in the same should be a matter of pride for us. He encouraged the students to know the nuances of the language of the state that they have adopted but cautioned them against mixing the languages.

Rev. Fr Pradeep Sequeira, SJ, Finance Officer of SAPUC, and the President of the programme, in his message, stated that it is a day to rejoice, celebrate and reaffirm our love for the language and the culture of the land. Fr Pradeep noted that though English is the primary medium of instruction in the institution, the College has given equal importance to the growth and development of Kannada in the last 143 years. He also recollected the contribution made by the renowned teachers of St Aloysius Institutions in the field of Kannada Literature. 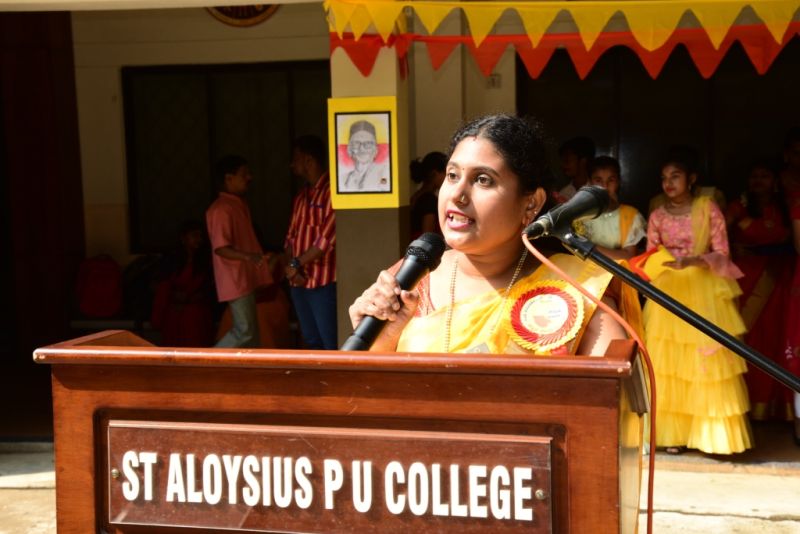 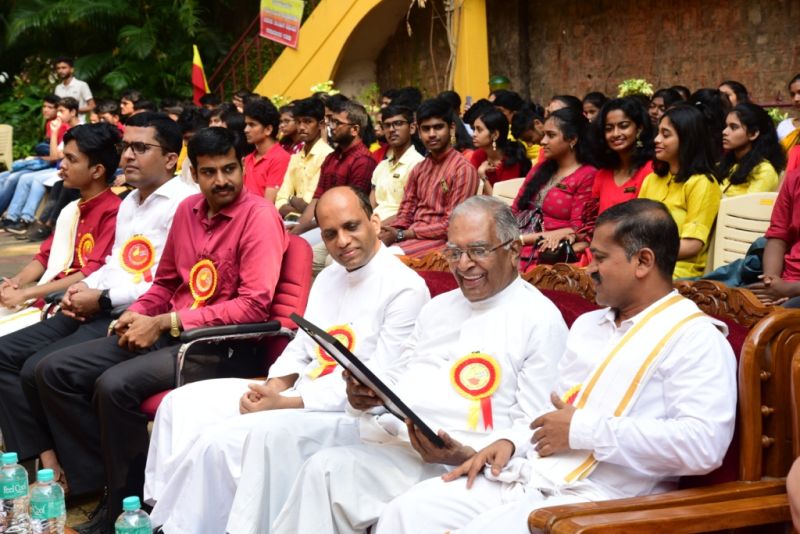 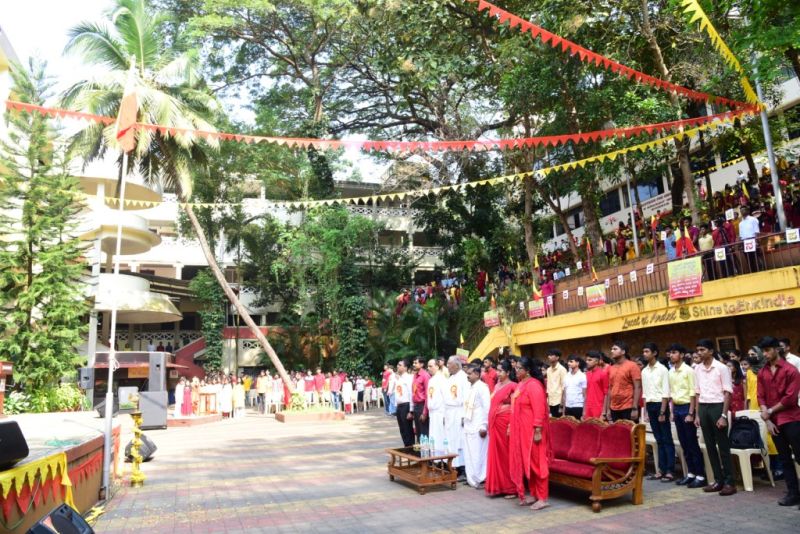 The winners of the Quiz and Bhavageethe competitions conducted on account of Rajyostava were felicitated by the Chief Guest. Manasvi of II PU, Elvis Lobo, Sejal D’souza and Crystal of I PU were the students who compered the programme. Ms Akshatha, Lecturer, and Department of Kannada proposed the vote of thanks. It was a beautiful morning well spent celebrating the anniversary of the formation of our beloved state.