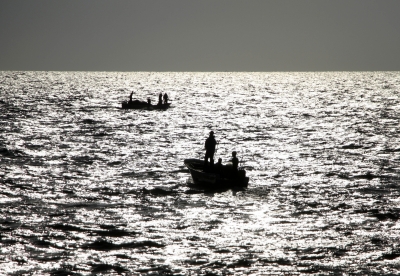 Meerut: Six persons are reportedly missing after a boat carrying about 17 people capsized in the Bhimkund Ganga Ghat in Meerut on Tuesday.

Eleven persons have been rescued, while rescue operations are underway to locate the missing, which include two government teachers.

People cross the river by boat after a bridge over the Ganges canal broke.

Six motorcycles were also on the capsized boat and of the 17 people, six to seven were teachers.

As soon as information of the accident was received, the police and administrative officials reached the spot.

According to district officials, a PAC motorboat has been called to search for the people.