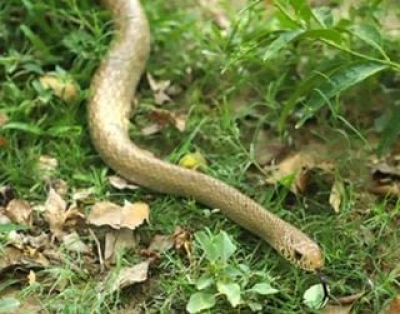 According to the ranger of the Ghoshpukur forest range, Sonam Bhutiya, the venom weighing around 2.4 kg was stored in a crystal jar.

“As per the international market rate of per gram of snake venom, the estimated value of the seized consignment is roughly around Rs 30 crore. One person has been arrested in this connection. The consignment originated from France and was smuggled into India via Bangladesh. The crystal container has a French tag,” he said.

The arrested person has been identified as Mohammad Sarafat, a resident of North Dinajpur district.

He also said that in all probability, the consignment was brought there to be smuggled to China via Nepal.

“We were tipped off by our sources that Sarafat was trying to smuggle in snake venom through the area and he was carrying the consignment in a motorcycle. Accordingly, a forest department team reached the spot and caught him red-handed,” Bhutiya said.

This is the second seizure of snake venom from the forest sector in North Bengal in a span of 35 days. On September 10, the forest department in Jalpaiguri district seized snake venom worth Rs 13 crore.