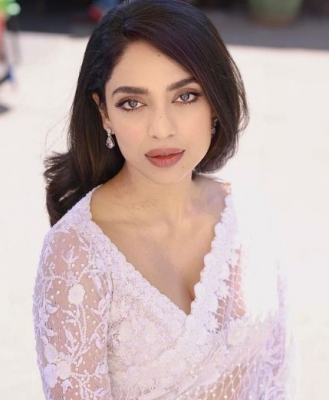 Sobhita Dhulipala wraps up her parts in ‘The Night Manager’

Mumbai: Sobhita Dhulipala, who is gearing up for the theatrical release of Mani Ratnam’s ‘Ponniyin Selvan-1’, has wrapped the shoot of espionage thriller series ‘The Night Manager’, where she appears as Kaveri Dixit.

This is the Hindi adaptation of John Le Carre’s 1993 novel, ‘The Night Manager’, which was made into a BBC television series in 2016 starring Tom Hiddleston, Hugh Laurie, Elizabeth Debecki and Olivia Colman.

Taking to her social media, Sobhita shared pictures from the wrap-up of ‘The Night Manager’. Her fans can see a thank you cake for Sobhita from the team with the name of her character Kaveri written on it.

Sharing the picture, the actress wrote in the caption: “Issa wrap! Signing off as Kaveri Dixit #TheNightManager (heart emoji).”

The actress is all set to for back-to-back releases, starting with ‘Ponniyin Selvan-1’ in the coming week, followed by the much-awaited Season 2 of ‘Made In Heaven’ and then ‘The Night Manager’, which will be streaming on Disney+ Hotstar.