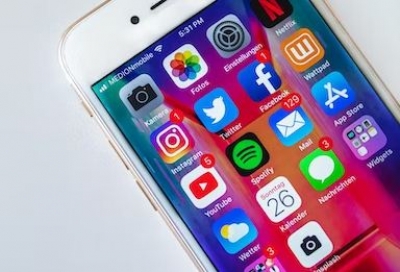 Guwahati: Barshashree Buragohain (19), a college student in Assam, can probably explain better than anybody else how a social media post can turn out to be a nightmare.

Barshashree is pursuing her B.Sc. from Devi Charan Baruah Girls’ College in Jorhat.

Like many other boys and girls of her age, Barshashree was also an ardent lover of Facebook. She loved posting and commenting on many things without being aware that one day a social media post could bring darkness in her life.

May 18 this year was such a dark day for Barshashree.

A few days prior to that, she had posted a poem on Facebook in Assamese: “One more step towards the sun of freedom. Once again, I will commit treason.”

Though the poem written by Barshashree had no direct reference to any terror outfit, the FIR against her mentioned that the poem was an implicit endorsement of banned militant organisation United Liberation Front of Asom-Independent (ULFA-I), and pointed towards a larger “criminal conspiracy” and “intent to wage war against the Indian government”.

Buragohain was arrested on May 18 and later sent to judicial custody. The teenager was booked under the stringent Unlawful Activities (Prevention) Act.

After her arrest, people from different parts of Assam voiced their support for the college student, demanding her release, while her family maintained that the poem was not at all provocative.

Yet, the police were not impressed with such narratives.

Special DGP G.P. Singh defended the arrest and went on to say that when someone publicly professes support for a banned organisation and declares the intent of waging war against the Indian state, the police are legally bound to prosecute that person.

But criticism started to pour in against the state government and the police, which forced Chief Minister Himanta Biswa Sarma to step in in Barshashree’s case.

Defending the police action, Sarma had said at that time, “The girl has been given protection from destroying her life. One must remember that 42 people have been given death sentence in ULFA-I camp a few days ago, which the outfit’s leader Paresh Baruah may not even know.”

Sarma added, “The girl was repenting for her action while her family members also assured that they will take care so that she does not indulge in such activities in the future.”

After Chief Minister’s intervention, the police did not oppose the bail plea and the 19-year-old was released on bail.

However, it took almost two months and Barshashree had to spend more than 60 days in jail.

Upon her release from jail, Barshashree said that she has learnt many things and she may not use social media anymore in her lifetime.

Interestingly, Barshashree was not the only one who faced a hard time due to social media activities.

A 22-year-old youth from Amguri town in Sivsagar district was also in jail for more than three months for allegedly posting a Facebook comment in support of ULFA-I.

Bitupan Changmai had commented on Barshashree’s poem that sparked the major controversy.

Changmai was arrested from his house on May 19 and produced before the Sivasagar district court the next day. He was booked under Sections 120B/121/121A of the IPC and the harsh Unlawful Activities (Prevention) Act was also slapped on him.

He had been lodged in the Sivsagar district jail after the magistrate sent him to judicial custody.

As he was in jail, Changmai missed some job interviews he had applied for. His family members desperately urged the state government for his release so that he could lead a normal life.

After more than three months, Changmai was granted bail by a district court in Savasagar.

Maina Chutia, 23, was also arrested for allegedly commenting on a Facebook post, written in favour of ULFA-I.

Maina is a talented young wushu player and boxer from the Moranhat area. Maina, who represented Assam in a few tournaments, spent more than one-and-a-half months in jail.

Her comment on Facebook came under the scanner of the cyber cell of the police and a team from the Moranhat police station went to the athlete’s house and arrested her on June 17.

After walking out of jail, Maina said: “It was tough spending so many days in jail, but I learnt a few good things there.”

Recently, a youth from Silchar was detained by the police for posting an emoji on a Facebook post of a BJP MLA.

The list of such cases has been growing in Assam in recent times.