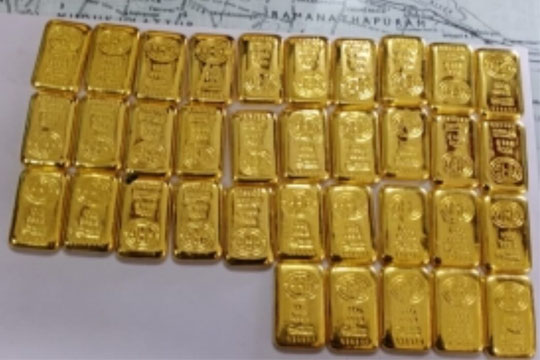 Software engineer, two others arrested for attempt to smuggle gold

According to the Commissioner of Customs, Chennai International Airport, the Air Intelligence Unit noticed one person, Niyamthullah Hadi who flew in from Dubai by Emirates Airline going inside the transit toilet on Monday.

Soon after he came out M. Nishalravi, a software engineer with Info Soft Digital Design Services Pvt Ltd, an outsourced agency of the Airports Authority of India went inside the toilet.

Earlier on Sunday four passengers who arrived from Dubai by an Emirates flight and one by Indigo Airlines were intercepted at the exit.

On searching, 11 bundles of gold paste weighing 1.9 kg were recovered from the rectum which on extraction yielded 1.57 kg of gold valued at Rs. 81.35 lakh.

The customs officials arrested one person, Abdul Nasar. The four persons on the Emirates flight were, however, let off.